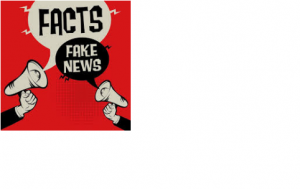 The news financially benefits individual journalists and media organizations such as newspapers, magazines and television channels. These individuals or organizations are typically paid for by politicians, organizations (for profit and non-profit) and celebrities who seek to improve their public image by increasing favorable coverage and minimizing unfavorable information about themselves.

The widespread Fake News practice in India has been criticized by several advocacy groups since it diverts coverage to whosoever is willing to pay and selectively presents information to favor the payee, instead of what is significant, complete and necessary to inform the public.

Fake news corrupts the information and it deceives the newspaper reader or the television audience, particularly given the Indian practice of not making it clear that the news item has been paid for. 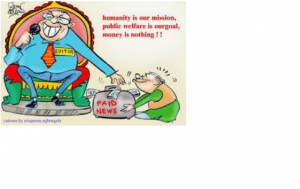 As part of their campaign against the misuse of newspapers/magazines/television channels, several advocacy groups started a drive based on learning material offered by media houses to create awareness among news readers and television audience on the issue of fake news.

A prominent campaign is being run by Centre for Development of Advanced Computing (CDAC) on a portal www.infosecawareness.in is targeted at school children and government officials, and seeks to create awareness around dos and don’ts of publication policies of the media houses.

The advocacy groups are working on various other initiatives to ensure that publication platforms become more accountable and efforts are on to increase awareness about fake news among citizens through focused-awareness drives.

Facebook has drawn flak from the advocacy groups over fake news on its platform that have led to multiple incidents of mob-lynching across the country. Notices were issues to Facebook, warning that it will treat the digital platform as abettor of rumor propagation and legal consequences will follow, if adequate checks are not put in place.

Subsequently Facebook claimed that it made significant changes to its digital platform to handle Fake news.

Advocacy groups plan to engage with governments to emphasize the role they can play in sensitizing students and teachers on Fake new in publications.

The Advocacy groups also plan to leverage the governments’ network of Common Service Centers to promote such campaigns, especially in rural areas where there has been an explosion in data services.

The content placed on digital platforms has been prepared in line with guidelines provided by the advocacy groups with requests to users to check the information before they publish it online or in newspapers.