“Safety should never be proprietary. You should be safe no matter what ridesharing platform you choose,” – Tony West, Uber’s chief legal officer

With the convenience of ridesharing apps, travel has gotten significantly easier for many. However, along with those benefits come the obvious risk of getting into a stranger’s vehicle. The safety of ridesharing apps has come under scrutiny during the past few years, with Uber getting its license revoked twice in London since 2017 for putting passengers at risk. When put under pressure by the public to do better, some of these companies have started making steps towards safety improvement using data.

Data Privacy for Sexual Assault Survivors & Uber
In the effort to create a standard for the company’s safety protocols and contextualize the statistics in their findings, Uber released their first safety report including data on car crashes, deaths that occurred during rides, and sexual assault cases. The report revealed that 3,045 cases of sexual assault had been reported in the US while utilizing their rideshare services in 2018. Shortly after the release of this information, the CPUC (California Public Utilities Commission) requested further data from Uber regarding the victims and witnesses to the alleged assaults, names and contact information of the authors of the safety report, and the individuals at Uber who the sexual assault incidents were reported to. Uber refused to comply, on the basis that the release of data on victims of sexual assault without their consent was a violation of privacy and that the data would be handled by “untrained individuals”. Despite the CPUC addressing privacy concerns by confirming that the data would remain under seal and inaccessible to the public, Uber’s continuous refusal to provide the data led to a $59 million fine.

Implications for Sexual Assault Survivors
The nonprofit, RAINN, (Rape, Abuse & Incest National Network) and other victims’ rights groups were in support of Uber’s decision to withold sensitive information, as sharing identifying data and details of the incident, especially without consent, could lead to retraumatization of the victims. Many sexual assault victims choose to not report to the police, and by sharing this data with the CPUC, directly goes against survivors’ wishes to share sensitive information with the state. 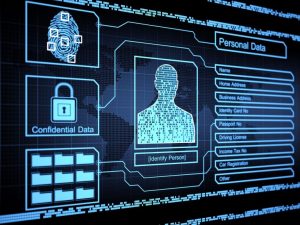 Uber and Lyft Join Together to Share Data on Banned Drivers
In March of 2021, Uber and Lyft announced that they would be sharing data between companies on drivers who had been banned for sexual assault and other severe incidents from their platforms via their Industry Sharing Safety Program. To protect individual privacy, both companies will be processing incident reports via a third party background-screening company. By sharing data on drivers who have been flagged for sexual assault, Uber and Lyft hope to improve safety and protect customers by preventing drivers from avoiding bans from one app by hopping onto the other. The database will also not include personally identifiable information for the passengers involved in reported incidents.

Future Steps
While Uber and Lyft have kickstarted the Industry Sharing Safety Program, they have stated that other ridesharing companies will be allowed to share the database in the future. This step towards more transparency in sharing data in a secure manner, holding accountability, andenhancing safety measures for customers will hopefully encourage other companies to follow suit.