In the news
The January 31, 2021 episode of 60 Minutes sounded alarm bells about a foreign country’s interest in collecting Americans’ health data through offers to help the United States’ response to the COVID-19 pandemic.

On November 30, 2020, Newsweek published an article stating that a certain foreign country would begin requiring digital, genetic test-driven health certificates from airline passengers before boarding flights into that country.

A December 24, 2020 article published by Roll Call described a section of the omnibus spending package passed by the U.S. Congress earlier that week which required the Government Accountability Office to investigate consumer genetic tests from companies such as 23andMe and Ancestry.com and their connections to a foreign country.

What do all of these recent stories have in common?

China is the foreign country that is the subject of concern, and the stories highlight China’s ambition to build a global DNA database.

China’s DNA database is estimated to have samples from 140 million people. The United States has the next largest database with 14 million profiles.

DNA Databases are not new 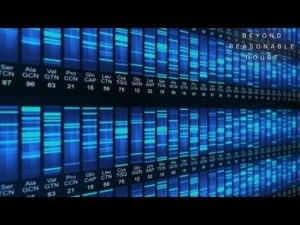 Based on information from Interpol published in 2014 by the DNA policy initiative, 70 countries have created DNA databases. The United Kingdom built the first DNA database in 1995. The United States followed shortly thereafter, and China’s DNA data gathering began in the early 2000s. In all cases, DNA databases were created for criminal investigation purposes.

DNA database proponents argue their merit with respect to solving crimes. Many high profile, cold cases have been solved using DNA databases. One recent example is the capture of the Golden State serial killer. His identity was uncovered via a match of DNA evidence with information stored in a private company’s DNA database. In fact, China expanded their domestic DNA collection program after using DNA data from a 2016 arrest to solve a murder from 2005.

China’s current efforts to build a DNA database appear to extend beyond criminal investigation use cases as well beyond China’s borders. Under the“Made in China 2025” strategic plan announced in 2015, China stated their intentions to become a major player in the global biotechnology sector. One example of the strategy at work is the acquisition of a US genetic sequencing company by a Chinese government-funded company, Beijing Genomics Institute (BGI), which provided BGI with a database of Americans’ DNA.

U.S. officials interviewed in the 60 Minutes episode referenced at the beginning of this post believe that China’s appetite to grow their DNA database is related to their aspiration to become the world’s leader in genetic innovation, disease treatments and vaccines. The U.S. officials contend that China sees the expansion of their DNA database as directly related to their increased statistical chances at discovering genetic breakthroughs.

Ethical considerations
Although viewed with skepticism from a vantage point inside the United States, China’s intentions to build a global DNA database may not be malevolent. However, their current approach is opaque, and the scales are tipped significantly in China’s favor.

Without taking the steps recommended above, skepticism of China’s intentions with respect to its global DNA database program will only intensify and force other countries, including the United States, to join the DNA race.