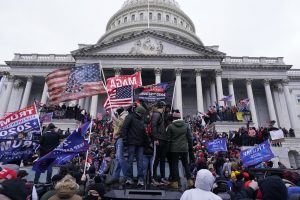 2021 storming of the United States Capitol

Ideas that offend are getting more prominent due to divisive and hateful rhetoric harvested by major political parties, their associated news channels and ever growing, unmonitored social media platforms. As US is reeling over recent storming of US Capitol, passionate debates have commenced across the country on who can be the enforcers? Freedom of speech does have its limits as against threats, racism, hostility violence including acts of sedition. Hate crime laws are constitutional so long as they punish violence or vandalism.

US First amendment protects all types of speech and hence hate speech gets amplified in the new digital era with millions of followers can get induced or get swayed by propaganda. Under the first amendment, there is no such thing as a false idea. However pernicious an opinion may seem; we depend for its correction not on the conscience of judges and juries but on the competition of other ideas. 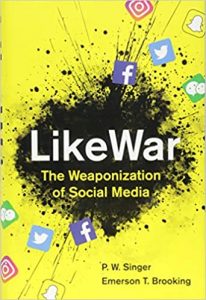 Jan 6th event at US Capitol did trigger an important change across all major social media companies and their primary cloud infrastructure providers. Twitter, Facebook, YouTube, Amazon, Apple and Google banned President Trump and scores of his supporters from their platforms for inciting violence. How big will this challenge remain going forward? Aren’t these companies the original enablers and accelerators with no effective control for violence prevention? Should large media companies take law onto their own hands (or their platforms) while state and federal governments take a pause in moderation? Or is this something that needs action by societies as we the people are the cause of the pervasive and polarizing content creators of conspiracy theories in American Society?

Private companies have shown themselves able to act far more nimbly than our government, imposing consequences on a would-be tyrant who has until now enjoyed a corrosive degree of impunity. But in doing so, these companies have also shown a power that goes beyond that of many nation-states and without democratic accountability. Technology companies have employed AI/ML and NLP tools to help generate more visitors and longer duration of engagement of users in their platforms which has been a breeding ground for hate groups. Negative aspects of this unilateral power exercised by technology companies can become precedent only to be exploited by the enemies of freedom of speech around the world. Dictators, authoritative regimes and those in power can do extreme harm to democracy by colluding or forcing technology companies to bend the rules to satisfy their political gain.

In a democratic government, public opinion impacts everything. It is all important that truth should be the basis of public information. If public opinion is ill formed – poisoned by lies, deception, misrepresentations or mistakes; the consequences could be dire. Government, which is the preservative of the general happiness and safety, cannot be secure if falsehood and malice are injected to rob confidence and trust of the people

Looking back into history combined with data science may provide some options to protect future of our democracy.