In Lockport City in upstate New York, a small conservative town of about 20,000 people, school surveillance has come to America. After installing or updating 417 cameras and connecting them to SN Technologies’ Aegis system, the students in their high school will be monitored constantly by technology at a cost of over $3 million dollars for implementation as well as a yet undetermined additional cost in privacy of their students. 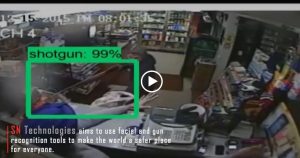 The system is billed as an early warning system against school shootings. The creators of the technology claim that the value of the system is its ability to detect guns as well as faces of those who are loaded into the system at the time of implementation. Those faces are recommended to be local mugshots of criminals and sex offenders. However, there is nothing stopping Lockport schools from loading students. And even if they used restraint, you still have the problem of false positives and technological bias. The NYCLU which has been probing the matter pointed out the results of an ACLU study that tested Amazon’s facial recognition tool against a mugshot database which incorrectly identified 28 members of the US Congress as criminals. Notably, most of those incorrectly identified were people of color.

The website of the system creator is extremely vague. Other then a video that shows it correctly identifying a shotgun in an armed robbery and Will Ferrell versus Red Hot Chili Peppers drummer Chad Smith, the main value being sold is the ability to alert school officials to people such as sex offenders, suspended students, fired employees, or known gang members. However, this is completely dependent on what the school system wants to use for training the system. 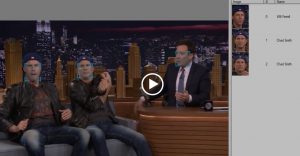 During the attempted implementation of the system, and in a bow to public pressure, the school district has removed the images of suspended students just as school was about to start. Since then, they have not been able to go fully operational due to several concerns expressed by the state, including inadequate security controls at the school district in guarding against a breach of the system. Additionally, there are legal concerns related to state technology laws and the Federal Educational Rights and Privacy Act (FERPA).

Local residents of color have been outspoken and clear that they are well aware of who this system is meant to identify. They believe that the minority population will be the target and bear the brunt of negative externalities and false positives of this new system. What is even a larger and more incredulous situation is that it seems no one is discussing the issue of consent. These are public schools with public employees and children. No one has asked for parental consent, employee consent, or been transparent on how the system will truly work. The answers given can be paraphrased as “let us start the pilot and we will figure those issues out during implementation.” Fortunately, the push back of parents and state regulators have held off the system so far, but some of the deeper and more difficult questions with regard to privacy are not even being asked yet because the cursory and top level questions aren’t being answered.