Privacy Movements within the Tech Industry
By Jill Rosok | June 24, 2019 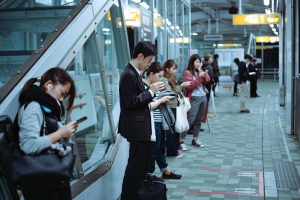 In particular, five companies have an outsized influence on the technology industry and the economy in general, Amazon, Apple, Facebook, Google (now a unit of parent company, Alphabet) and Microsoft. Among numerous scandals, Facebook has insufficiently protected user data leading to Russian hacking and the Cambridge Analytica controversy. Amazon and Apple have been chastised for unsafe working conditions in their factories. Google contracts with the military and collects a massive amount of data on their users. Microsoft has been repeatedly involved in antitrust suits. Those who have attempted to eliminate the big five tech companies from their lives have found it nearly impossible. It’s one thing to delete your Facebook and Instagram accounts and stop ordering packages from Amazon. However, eliminating the big five companies from your life is actually much more complicated than that. The vast majority of smartphones have hardware and/or software built by Apple and Google. Furthermore, Amazon’s services run the backend of a huge number of websites, meaning stepping away from these companies would essentially mean to stop using the internet. 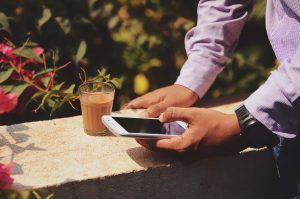 For a limited few, it might be possible to simply log off and never come back, but most people rely on tech companies in some capacity to provide them basic access to work, connection to friends and family, and the internet in general. As the big five acquire more and more services that encompass the entirety of people’s lives it is extremely difficult for an individual to participate in a meaningful boycott of all five companies.

In light of the dominance of these five companies, to what extent is the government responsible for some kind of intervention? And if the government were to intervene, what might this look like? Antitrust legislation is intended to protect the consumer from monopoly powers. Historically, the government’s focus has been ensuring that companies are not behaving in such a way that leads consumers to pay higher prices for goods and services. However, this doesn’t protect users where no cash is exchanged, as in the case of Facebook. It’s a great example of the classic adage, if you’re not paying money for a service, then that means the product is you. It also does not hold up in a circumstance where venture backing or other product lines in the business can enable companies to artificially deflate prices below cost for many years until all other competitors are wiped off the map. Senator and presidential candidate, Elizabeth Warren, recently proposed breaking up big tech. While her piece was received more symbolically than as a fully formed plan to regulate the tech industry, there were aspects that appear to have resonated strongly with the general public. In particular, the idea that mergers and acquisitions by large companies should undergo much deeper scrutiny and perhaps be banned entirely was well received by analysts.

Like with most complex problems in life, there are no easy solutions to simultaneously protect consumers and maximize technological innovation. However, it is vital to avoid becoming stagnant in response to the scale of the problem. Rather, as individuals, we must remain informed and put pressure on our political leaders to enact meaningful legislation to ensure the tech industry does not violate the basic rights of consumers.