Drones: Privacy up in the air by Elly Rath

Drones or unmanned aerial vehicles (UAVs) are flying devices which are capable of collecting a vast array of information on a daily basis if configured and equipped correctly. The basic function of most drones is for aerial videography and to capture images. Images are not the only data drones can gather. Equipped with an appropriate sensor, a drone can capture light, speed, sound, chemical composition and a myriad of information. Drones are now a ubiquitous and unlike earlier days not limited to military or police surveillance. They can be easily purchased online or at a local superstore just like we purchase any toy. 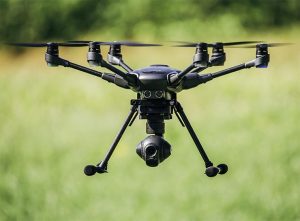 There are no laws controlling the data collection or restricting its usage. Any individual or private company with a properly equipped drone can collect and process huge amounts of potentially private information in a short time.

The privacy concerns surrounding drones are a concern for both the government and civilians. On Nov 29, 2017 the NY Times published that DJI is fighting a claim by one United States government office that its commercial drones and software may be sending sensitive information about American infrastructure back to China. DJI is the market leader on drones. In this blog I mostly focus on the perspective of civilian privacy.

Drones are affordable and the learning curve to operate it is mild. Even a novice can master it in a few days. While currently there are laws to protect citizens against people stalking or spying on them in their homes, there are no such federal laws that would protect individuals from being spied on specifically by a drone. A drone can fly overhead unnoticed, peer directly into someone’s house or record activities on a private property from the sky. Drone privacy data regulations first surfaced in 2012 when the Federal Aviation Administration (FAA) was tasked with integrating drones and UAVs into US airspace. The FAA, however, failed to consider privacy aspects. Electronic Privacy Information Center (EPIC), a privacy and civil liberties nonprofit, along with 100 organizations, experts, member of the public has filed multiple petitions against FAA since 2014. One of the petitions is still pending.

It is normal for citizens to expect certain amount of privacy on their own property. In recent years, there have been multiple incidents of citizens suspecting that they were being “watched” by someone operating a drone above their property. Sometimes it could be simply a land survey company but it is still unsolicited. In one instance a man called William Merideth in Hillview, Kentucky shot down a drone hovering over his sixteen year old daughter who was sunbathing in the garden. He was arrested for wanton endangerment and criminal mischief. A Kentucky judge dismissed all charges against William stating the drone was an invasion of his privacy. 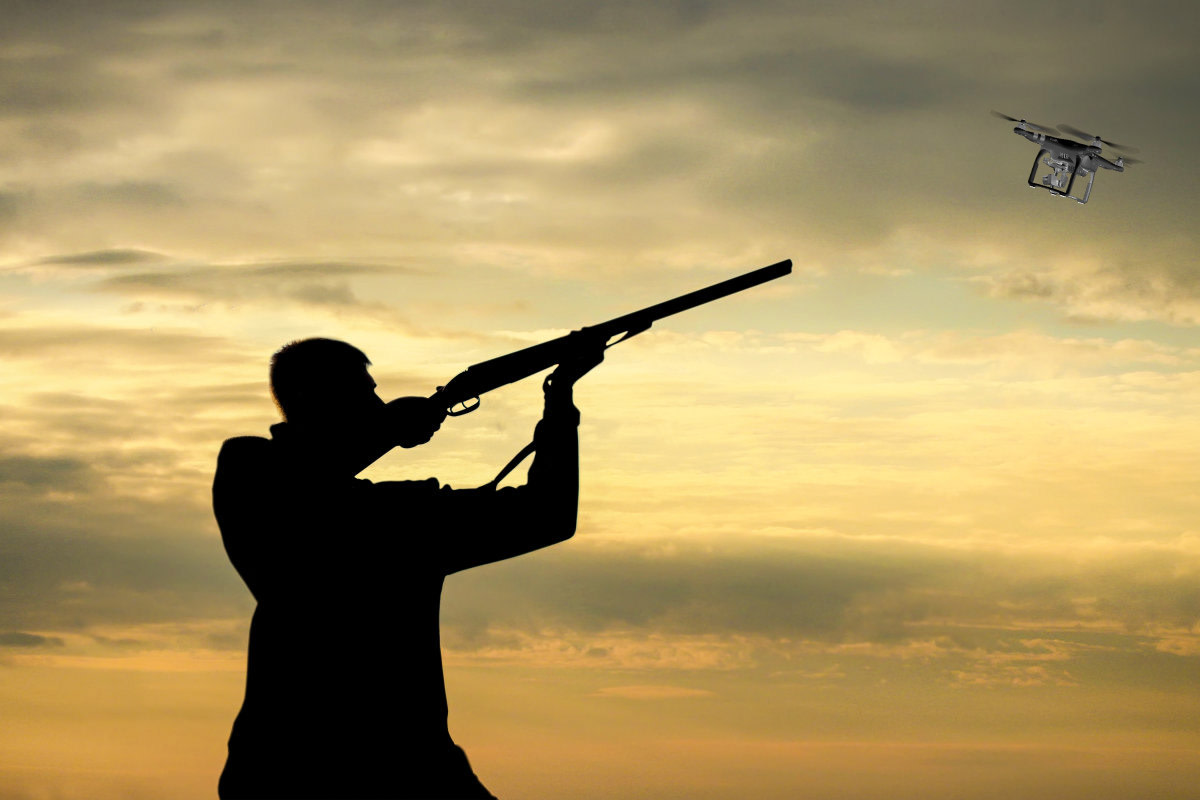 With the multitude of images the drones can capture now we have companies that develop high-tech software that do the data analysis in one click of a button. Hence companies who had difficulty making sense of the data now have algorithms to help them. Hence the risks to privacy simply increase with further technological advancements.

The first law regarding personal airspace above one’s property was passed in 1946, when the Supreme Court ruled in the case United States v. Causby that a person’s property extended to 83 feet up in the air. The federal government prohibits the unauthorized use drones above national parks, military bases, above airports, and federal buildings. Civilian drones should fly at or below 500 feet and the maximum speed limit is 100 miles per hour. But that’s all we have as far as federal law. Drone laws are now mostly covered in State laws and vary from state to state. FAA has issued a fact-sheet for state and local law makers to help in creating non-federal drone laws. Many of the state laws pertaining to drones relate to interfering with emergency measures, filming someone without their permission, accident sites or crime scenes. Penalties range from fines to jail time, but again, it can be very difficult to enforce such laws.

The lack of clear and standardized drone privacy laws is glaring compared to the over 1 million FAA registered drones excluding light weight recreational drones. In 2017, Senator Edward Markey introduced a drone privacy bill which aims to create privacy protections and data reduction requirements about information a drone collects, disclosure provisions for when data collection is happening and warrant requirements for law enforcement.

On one hand drone advocacy group Small UAV Coalition, which represents companies like Google’s parent, Alphabet, and Amazon wants lax laws, while on the other, citizens want well defined boundaries. Hopefully, a mutual middle ground will be found in the near future, offering increased innovation for businesses while retaining citizens’ rights.