With Trump’s era on stricter immigration starting 2016, ICE faced a daunting task of enforcing a stricter immigration policy to enforce poll promises of detaining and deporting illegal immigrants. What followed is an unprecedented level of policy design and execution to meet the standards. In this blog post, we are going to see the historical context, the means through which ICE employed consultants and technology to achieve the goal. Also, a once-abandoned license plate tracking became mainstream ICE Tool for targeting, detaining, and deporting illegal immigrants overlooking the ethical and privacy concerns. 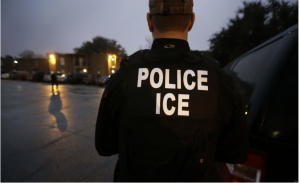 Starting in 2017, post-Trump era policy on illegal immigration crackdown, ICE was entrusted with the daunting task of using “all legal means” to stop and deport illegal immigrants across the country. That included a massive ramp-up of a force of 10,000 to handle detention and deportation. Having McKinsey as their management consultants, ICE started devising massive recruitment drives of officers in Gyms, devising means to deport illegal immigrants to border cities with little safety and medical needs. 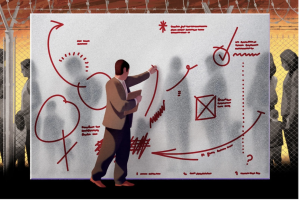 ICE started deploying tracking means to apprehend and deport illegal immigrants. In order to do that, they started adopting tracking License plates, which was once ruled out as a policy in 2014 by DHS due to severe backlash around privacy concerns. The tracking of license plates involves tracking all of the vehicles passing a point, which resulted in tracking people’s movement across the country. This tracking provided unprecedented insight into people’s lives through their movements. The database that provided this comprehensive insight around license plates was that of a private entity. ICE tapped onto it to track, detain and deport illegal immigrants.

Given the nature of data collection, the process of not getting consent in collecting privacy data, and breach of privacy conceptions of Solove in terms of anti totalitarianism, the right to be left alone is very evident. Not only that, the vulnerability of data exposure of license tracking could potentially lead to stalking of individuals and harm in their way. It also serves as a stepping stone on the state controlling the lives of individuals through the umbrella of national security. Despite the privacy and ethical concerns, ICE spokesperson argued in its favor by citing year-long training for their staff around protecting and ethical use of license data. Given the duration of retainment of this data, which runs into years, and having collected this data through a for-profit organization, it is tough to justify the advantage of such means of tracking to control illegal immigration.