Is Google’s Acquisition of Fitbit Healthy For Users?
By Eli Hanna | February 28, 2020

Fitbit is a company that offers wearable fitness tracking devices and online services to help users track their activity and fitness goals. The devices track the number of steps taken, heart rate, sleep patterns and other fitness related information. This data is displayed on a dashboard through the Fitbit mobile or web applications enabling users to view their activity and track their progress towards goals. With over 28 million active users and 100 million devices sold, Fitbit has accumulated a wealth of fitness data on its users. 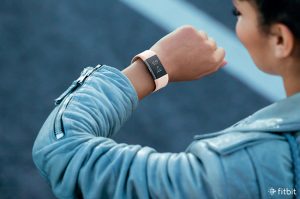 Given this wealth of user information, Fitbit views consumer trust to be critical to their business and promises to never sell personal user information. In fact, their privacy policy states that personal information will not be shared with third parties with three exceptions:

On November 1, 2019 Fitbit announced that it had agreed to be acquired by Google. From Fitbit’s perspective, this acquisition means they will have more resources to invest in wearable technology and make their products and services available to a larger population. Google also benefits from the acquisition by purchasing rights to a popular brand of wearable technology, an area where they have struggled to compete with Apple.

Privacy Concerns
Despite the business opportunities this acquisition offers, Fitbit users have voiced concerns that the deal may put their privacy at risk. In contrast to Fitbit’s promise to protect users’ personal information, Google has built its business by collecting user data through its services and selling that information to advertisers. This leaves some customers wondering if their sleeping or exercise habits will soon be sold to the highest bidder. 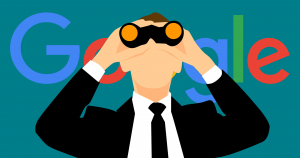 For their part, Fitbit and Google have promised that personal information collected from Fitbit users will never be sold and “Fitbit health and wellness data will not be used for Google ads.” However, regulators remain unconvinced. In February 2020, the European Data Protection Board (EDPB) issued a statement, “There are concerns that the possible further combination and accumulation of sensitive personal data regarding people in Europe by a major tech company could entail a high level of risk to the fundamental rights to privacy and to the protection of personal data.” The EDPB also directed Google and Fitbit to conduct a “full assessment of the data protection requirements and privacy implications of the merger”.

While the proposed acquisition of Fitbit by Google may provide the needed resources to develop better fitness trackers and services for users, both companies have a long way to go in order to convince consumers and regulators that personal information will be handled responsibly. To address these concerns both companies should update their privacy policies to inform users how their data will be used by Google. In addition, they should take proactive steps to identify how aggregated or de-identified information may be combined with other information collected by Google and outline safeguards to ensure user privacy remains in tact.