I was particularly taken by the articles about how sound had such an emmense effect on video during the emergence of talkies. Particularly in the Murch article, he describes how the sound box was so import to creating the talkie. In the movie, Singing in the Rain, Don Lockwood stars in the movie The Dancing Cavalier, which is converted from a silent to a talkie film. Singing in the Rain illustrates some of the many issues with early talkies, where actors had difficulty talking into the microphone, and the sound director would come running out of the box yelling “CUT!!” Singing in the Rain also has Lina Lamont, who has a shrill voice and would not be suitable for singing in a talkie.

Wingstedt talks about how Music has an effect on the mood and power of film. However, he focuses on good synchronization with mood and theme. Yet in a few instances of Singing in the Rain, poor synchronization of the soundtrack with the film causes quite a different effect on the viewer. In  Singing in the Rain, in the screening of The Dancing Cavalier, The soundtrack goes out of sync, so instead of Don saying “Yes Yes Yes” and Lina saying “No, no, no” they appear to swap so the characters are voicing each other’s lines. This results in laughter from the screening audience and the event is quite funny to the viewer.

Debbie Reynolds – Singin’ In The Rain

For the competitive analysis phase of our final project we have been collecting ideas from platforms that operate in the same realm as our project. One project, Qwiki, at first seemed to have a very similar goal: “Qwiki is working to deliver information in a format that’s quintessentially human – via storytelling instead of search”.

I’ve been looking at one specific narrative, because Neuroscience has been the topic we chose for our paper prototype. Qwiki takes different types of media (text, images, links) from the web and stitches them together to a multi medial narrative. The claimed strength of the system, delivering “quintessentially human” information turns out to be quite the opposite.

Freedberg writes that creators of images have to consider the “effectiveness, efficacy and vitality of images”. When Qwiki takes pictures from the web, not only is the original purpose for taking the picture removed from the picture, there is no instance of a creator that makes sure the image is efficient and vital. Qwiki is essentially an algorithm, and because it operates on so many cognitive and cultural assumptions, the efficiency of images is arguably one of the most difficult tasks to automate.

This is probably one of the reasons the Qwiki narrative seems random, and hardly more compelling than the audio would be on its own. The images don’t add to the understanding, yet they occupy most screen real estate.

We can learn two things for our project: One, we should let the author of a narrative freely choose the source and type of media she uses for her narratives. And two, the design of the authoring tool could nudge authors towards using images and other media effectively.

As part of our project group’s attempt to evaluate existing narrative frameworks and/ or multimedia narratives, I am evaluating a graduate student project called “A seed is forever“. This is a multimedia narrative on youth and agriculture in Sierra Leonne. I have chosen this work because I feel that it highlights several ideas that Ryan discussed, and specially those in relation to a hypertext narrative.

This narrative employs several types of media such as images, video, sound, textual narration, written essays and maps. The different pieces are connected by “chunking-linking” but are much more linearly presented than traditional hypertext. I see a good balance of controlled linearity and supported interactivity by this narrative. The author definitely provides direction and a path to the reader and controls, to an extent, the links that a reader can click on. At the same time, the reader can go over the different pieces (in that section of the narrative) in many orders.

Ryan mentioned that certain subjects lend themselves particularly well to the free browsing of hypertext and this one seems to fit well here. The narrative aims to shed light on different aspects of the youth farming movement in Sierra Leonne. This is not a dramatic story with a climax but rather an “episodic narrative” as Ryan describes, “made of many self-sufficient units that can be read in many orders”. Steiner describes a narrative as a representation of discrete events in a time sequence that are cohesively connected. While it is not clear in this narrative how the different units are connected temporally, there is a definite cohesion as they are all related by the same theme – of the farming movement in a very specific locality and at a specific time. As the reader has been made aware that the different media pieces are about roughly the same time period, it makes it easier to fill in the logical gaps between fragments (that Ryan mentions) and that seems to provide a sense of continuity in the narrative.

I am divided about the use of sound in this piece. It provided me with some sense of being in another place having been juxtaposed with an image – however, very soon, it acted as a distraction as I found it difficult to focus on reading the text. The sound does stop after a while in the narrative.

I am looking at the tool Projeqt–a self-described storytelling platform –in light of Steiner and Ryan’s discussion of narrative using different media. In particular, I am looking at a sample Projeqt called Ubuntu.

This Projeqt, titled Ubuntu, describes a project by the same name, in which a photographer and a filmmaker capture images of South African children enrolled in a program called Room 13 and then exhibit the photos in New York. The Projeqt is made up of photos, text, video, and links that a viewer progresses through in a linear order. Here is what it includes:

Although the third slide tells us that the artists went to teach a photography class to Room 13, this is not depicted in the Projeqt. Instead the materials jump between the artifacts of the trip (photos, a video) and the reaction to the photos when exhibited in New York. Only at the end of the Projeqt do we learn what the organization Room 13 is about, which explains that it is a charity that helps students create art. This makes me wonder if this Projeqt actually is a story, or if it just a collection of related materials.

Steiner and Ryan each offer different definitions of what makes up a narrative. Steiner focuses on a progression of time and a repetition of a subject. Steiner indicates that “story wholeness” requires a beginning, a middle, and an end. Ryan defines a narrative as having a setting, character, and events.

The Ubuntu project certainly has a time sequence, even though it is not told in a chronological order. Steiner does not require a narrative to have a fixed order of telling, so Ubuntu falls in the narrative under this definition. It does have repetition of repeated subjects; the photographer, the filmmaker, and the participants in Room 13 are repeated throughout (often the Room 13 participants are present through their photographs rather than as present characters). Furthermore, it has settings–South Africa and New York (where the exhibition was held), and events (such as a interaction with the Room 13 participants and viewing the photos at an exhibit).

Yet this Projeqt seems somewhat different than a true narrative to me. While it fulfills many of the qualities of a narrative, it feels as though the sequence of the elements is not essential. In fact, a different ordering might have made it clearer what Room 13 was. Certainly there are plenty of narratives that save key information until a final reveal, but this seems unintentional here. This Projeqt seems more similar to the hypertext scenario that Ryan discusses, despite its linear progression: “collections of little stories…lend themselves well to the relatively free browsing of hypertext because the story of a life or of a community is not a dramatic narrative aimed at a climax but an episodic narrative made of many self-sufficient units that can be read in many orders.”  Perhaps topics like this one are better suited to a hypertext scenario because the segments do not build on one another. Still, I am undecided whether I consider this a narrative.

-Pick one (preferably more!) of the readings

-Pick one (preferably more!) of the readings

Readings: don’t go for the short and obvious.  The point is to stretch yourself in relating the academic and hands-on content of this class.

-Best of all: base this on your project for the class. Use some of your media capture, or, failing that, something you find online that’s similar.

-Good: make something, not necessarily related to your project.

-If necessary: draw on existing media, such as images you find online or a YouTube video.  If possible, choose something that is consonant with your project.

Given the time, we’re not going for high production values but for intellectual engagement with the readings.

I worked with Sean, and our edits came out pretty much the same… 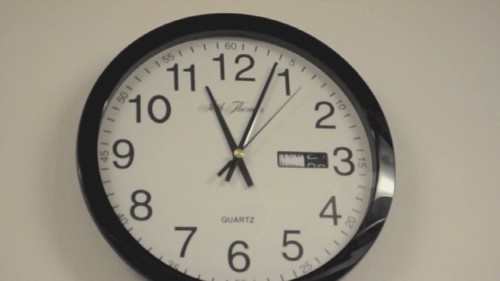 Unfortunately, my DSL died the other day, and Flickr won’t let me upload videos through their iPhone app.. So here’s the YouTube link!

A hint of a story

And a Wednesday morning 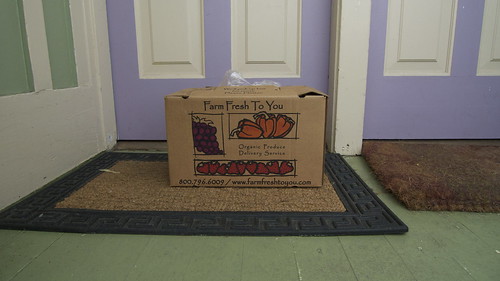 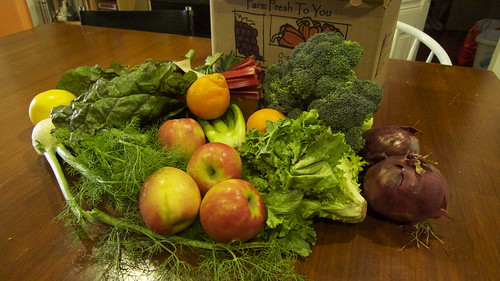 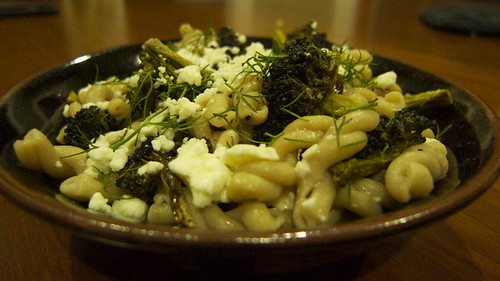 For my project, I would like to examine digital  “My Life” stories created by Oakland high schoolers in response to similarly themed digital stories created by peers in India, Norway, NYC, Australia, and South Africa. I’m a GSR for Glynda Hull’s Kidnet project (www.space2cre8.com), which examines how teens communicate and shape identities through social networks; my responsibilities include acting as co-instructor and participant observer each Saturday morning at Oakland Military Institute (OMI). We have only had two sessions so far, but I’m really interested in how OMI students “read” other students’ videos and “write” their own video responses. Does one text inform the other (thinking of Bakhtin here)? If so, in what ways, and can a semiotic analysis of videos reveal intertextuality?