15. “It is inconceivable that we should allow so great a possibility for service to be drowned in advertising chatter.” 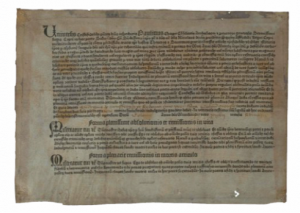 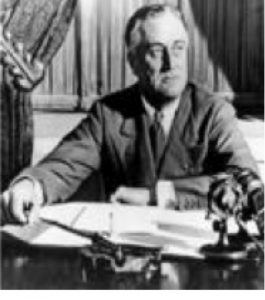 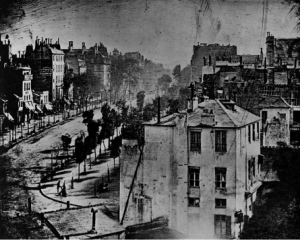 1. “The hand-mill gives you society with the feudal lord; the steam-mill society with the industrial capitalist.”  Discuss with regard to one of the technologies that has been the topic of a class this semester.

2. Dr. Johnson claimed that “The trade of advertising is now so near perfection that it is not easy to propose any improvement.”  Discuss ways in which the eighteenth-century did anticipate modern advertising techniques.

4. In 2007, the New York Times wrote that “English has consolidated its dominance as the language of the Internet, where 80 percent of the world’s electronically stored information is in English.”  How prophetic was this judgment?  How is the relation of English to other languages likely to pan out in the future?  Explain your answer.

5.”[It] is not merely an instrument which serves to draw Nature; it gives her the ability to reproduce herself.”  What was the writer referring to?  How did it influence the perception of information and objectivity in the 19th and 20th centuries?

6. On several occasions, we have found it useful to distinguish among inventions, technologies, and applications.  Explain this difference with reference to two of the technologies we have discussed, giving specific examples to illustrate your points.

7. How is broadcast chiefly funded in the US?  When and how was this decision made? What are some other models for funding of broadcast media and where are they used?

8. What is disintermediation?  Using at least one case drawn from class discussion, pick two examples from commerce, news, or some other activity, in one of which disintermediation has been successful and in the other of which it has had little or no effect. What features of your examples explain these different outcomes?

9. On a number of occasions, we’ve seen how the development of information technologies and the practices surrounding them reflect the influence of several distinct forces: technological, legal and political, economic, and cultural.  Pick two technologies or phenomena that we have discussed and show how these forces interacted to produce an outcome.

10. Some claim that new technologies promise to enhance U.S. democratic institutions and generate what Lawrence K. Grossman, former president of PBS and of NBC News, has called “participatory cyberdemocracy.”  These technologies “offer constant feedback to government officials with a speed and frequency heretofore possible only in tiny ancient Greek city-states and in old-fashioned New England town meetings.”  Do you agree or disagree with this view of the future of online political life?  What are some of the specific problems that get in the way of thinking of the Internet as a new public sphere?  What historical precedents can you think of for this discussion?

No Comments yet, be the first to reply