With the rise of artificial intelligence, people’s personal data is now being exploited more than ever for profit in the entertainment industry, especially after their death. In this new technological wave, it is important to bring awareness to the ethical issues behind data collection and utilization of individuals after their death. 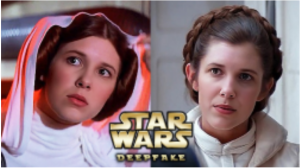 On December 20th, 2019, Star Wars: Rise of the Skywalker was released and utilized artificial intelligence technology known as a Deepfake to bring Princess Leia “back to life”, bringing both excitement and uneasiness to viewers following Carrie Fisher’s death on December 23rd, 2016. This summer 2022, Selena, a female Latin pop singer whose death was 27 years ago, will be releasing a new album with 3 new AI-made tracks using audio files from when she was thirteen.

As continuous innovations are made in the field of artificial intelligence, so is the use of this technology in the entertainment industry to recreate datafied versions of people after their death. This begs the question: What are the ethical issues behind the data collection and utilization of individuals after their death? 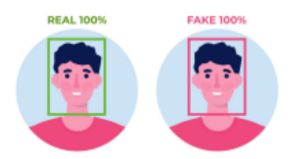 One particularly infamous technology used in the entertainment industry, for example, is Deepfakes, a type of neural network called an autoencoder that uses prior data to “reconstruct people” by swapping faces or manipulating facial expressions. It can also “[analyze] the voice records of a person…and [imitate] the voice and the accent, pitch, and pace of a speech” (TRWorld). The utilization of deepfakes continues to rise and “the number of expert-crafted video deepfakes double every six months” (Cybernews).

Ethical issues arise when analyzing the utilization of this technology and someone’s data after death. According to the Belmont Report, a list of basic ethical principles and guidelines that address ethical issues, there are concerns for respect of persons and justice. Respect for Persons indicates that the data of humans must be respected and that they should have full autonomy over what can or cannot be collected from them. Therefore, before utilizing someone’s data after death, it is important to request informed consent (possibly prior to their death or to the family of the individual) for the utilization of their data. Meanwhile, justice reminds us to ask who receives the benefits of this and who bears the burden? If someone’s data is taken advantage of for the utilization of someone’s personal benefit and hurting another person or community, this would be a violation. For example, utilizating someone’s face to spread misinformation on the internet after the death (claiming a statement they possibly made in the past). In the case of Carrie Fisher and Selena, is important to ask whether or not they consented to the use of their data after death, giving them respect, and using it fairly.

Furthermore, we can apply the OECD Principles of Corporate Governance to see violations of principles which include but are not limited to use limitation, openness, and accountability. In order to avoid violating these principles, it is important to not take advantage of someone’s data after death and limit their use to only for necessary purposes, be transparent about the collection and use of their data to the public, and be accountable for any mishaps with someone’s data, respectively. 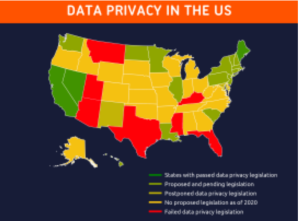 Furthermore, privacy and security concerns and violations can be seen with the utilization of this technology. In one occurrence, a deepfake recorded a video of MIT Prof. Sinan Aral endorsing an investment fund’s stock-trading algorithm without his awareness or consent (Wall Street Journal). Technology like this can harm a person’s identity and reputation as well as spread misinformation. Imagine having your data and information used in this manner even after death? At the moment, the United States has no legal protections over someone’s data after their death. This is also known as post-mortem privacy protection, a federal law that grants the a person the ability to control the dissemination of personal information after their death, which is unavailable due to the limited legal protections with regards to someone’s data.

Although there are limited legal protections to your data after death, bringing awareness to the ethical issues and privacy concerns is a good start. In addition it’s important to take part in movements towards requesting legal protections for someone’s data rights in the US. One possibility is advocating for government documents to include how you want your data to be used after death (just like consenting to organ donations). Lastly, following practices to protect your privacy such as limiting your digital footprint and understanding companies privacy policies and practices.