Experiments That Take Generations to Overcome
By Anonymous | June 16, 2022

‘”Give me a dozen healthy infants, well-formed, and my own specified world to bring them up in and I’ll guarantee to take any one at random and train him to become any type of specialist I might select – doctor, lawyer, artist, merchant-chief and, yes, even beggar-man and thief, regardless of his talents, penchants, tendencies, abilities, vocations and the race of his ancestors. (Watson, 1924)

The field of psychology has advanced so much in the last century, not just in terms of the scientific knowledge, but also ethics and human rights. A testament to that is one of the most ethically dubious experiments, the Little Albert experiment, which weíll explore in this blog in how it relates to the Beneficence principle of the Belmont Report, and how it continues to impact us today in ways we may not realize. (National Commission for the Protection of Human Subjects of Biomedical and Behavioral Research, 1979)

As some background, in the 1920s, John B. Watson, a John Hopkins Professor, was interested in reproducing Ivan Pavlovís findings on classical conditioning in babies. Classical conditioning is when ìtwo stimuli are linked together to produce a new learned response in a person or animal (McLeod, 2018). Ivan Pavlov was famous for his experiment of getting his dogs to salivate at the sound of a bell by giving them food every time he sounded the bell, so that at first they salivated at the sight of food, but eventually learned to salivate at just the sound of the bell. Similarly, the Little Albert experiment was performed on a 9-month-old Albert B. At the start of the experiment, Little Albert was presented with a rat, a dog, a rabbit, and a Santa Claus mask, and he was not afraid of any of them, but then every time he touched any of them, the scientists struck a metal bar behind him and eventually, he was conditioned to be terrified of those animals and the Santa Claus mask. (Crow, 2015; McLeod, 2018). 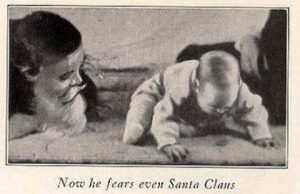 The principle of Beneficence in the Belmont Report requires that we maximize benefits and minimize harms to both individuals and society (National Commission, 1979). The most glaring weakness of the experiment in this principle is that Watson did not even bother to reverse the results of his experimentation on the baby. 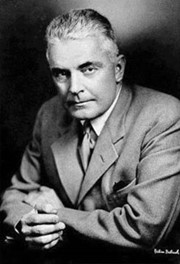 Seeing that the experiment did work in making Little Albert terrified of rats and anything furry, itís safe to believe that successfully reversing this result was not only possible but an easy thing to do. Even an unsuccessful attempt at reversal would make those of us analyzing it in the present day have a slightly different opinion of the experiment. While itís possible for the conditioned response to wear off, a phenomenon known as Extinction, it can still return (albeit in weaker form) after a period, a phenomenon known as Spontaneous Recovery (McLeod 2018). (National Commission, 1979; Mcleod 2018).

While the individual was harmed, what about society as a whole? Watson did the experiment to show how classical conditioning can not only be applied to humans, but explain everything about us, going so far as to deny the existence of mind and consciousness. Whether the latter points are true or not, the experiment contributed to the field of human psychology in important ways, from understanding addictions to classroom learning and behavior therapy (McLeod 2018). Today, our understandings are not complete by any means, but we do take for granted much of the insights gained. Unfortunately, it goes the other way too. (McLeod 2018)
Watsonís Little Albert experiment is undoubtedly connected to his child-rearing philosophy. After all, he did believe he could raise infants to become anything, from doctors to thieves. He essentially believed children could be trained like animals, and he ìadmonished parents not to hug, coddle or kiss their infants and young children in order to train them to develop good habits early onî (Parker, Nicholson, 2015). While modern culture has fought against a lot of our traditional views on parenting, and even classify some of it as ìchild abuse,î Watsonís views leave behind a legacy in our dominant narratives. Many still believe in ìtough loveî methods, such as talking down to children or talking to them harshly, corporal punishment, shaming, humiliation, and various others, especially if they grew up with those methods and believe they not only turned out fine but also became better people as a result of it. Others, such as John B. Watsonís very own granddaughter Mariette Hartley, and all the families she wrote about in her book Breaking the Silence, have experienced suicide and depression as the legacy left behind by Watsonís teachings. Even those who turned out fine may ìstill suffer in ways we donít realize are connected to our early childhood years.î (Parker, Nicholson, 2015)
While both hard scientific knowledge and human ethics have advanced unprecedentedly in the past century, it does not mean weíre completely emancipated from the repercussions of ethically dubious experiments and experimentation methods of the past. Harm done to either individuals or groups in an experiment can not only last a lifetime for those subjects but carry on for generations and shape our entire culture around it. To truly advance both knowledge and ethics, itís imperative that we are aware of this dark history and remember it, especially with how the Little Albert experiment has influenced and continues to influence our parenting methods, because ìnow that we know better, we must try to do better for our children (Parker, Nicholson, 2015).î