Is WeChat technologically ethical?
By Anonymous | May 28, 2021

When it comes to popular social media platforms, in the United States, people often refer to Facebook. In China, WeChat, the so-called Chinese version of Facebook, is the application that not only dominates the Chinese market, but also grows to have an important impact in the global market. In fact, as of 2019, it is estimated that WeChat’s monthly active users exceed one billion (Daily Active Users). 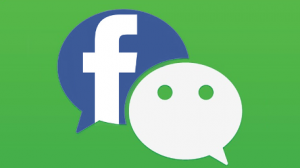 However, while WeChat and Facebook are similar in terms of social functionality, WeChat is quite different intrinsically. Claiming WeChat as simply the communication application like Facebook is actually an understatement. According to China Business Registration, WeChat is an official internet-based bank and mainly serves as the intermediary of money. If people are traveling in China, they will be very much surprised how everyone pays for everything by simply scanning the WeChat QR code. The app is deeply embedded into all aspects of life in China.

Then it caught my attention: Is WeChat technologically ethical? Although the emergence of WeChat seems to make the life of Chinese people efficient and convenient, the enormous amount of data such as financial transactions, health records, and communication footprint, as WeChat bears, make ethical considerations on this social application an essential topic.

Often time, users of WeChat find the application so convenient that the amount of personal data recorded can easily be ignored. From the official identification required to register as the user, messages conversation with fellows, debit/credit cards linked, to important documents such as contracts, it is imaginable how unprecedentedly powerful the database WeChat is entitled, which does not yet include third-party data collected by WeChat. With that being said, if such “powerful” amount of personal data is not well-protected, it can easily be used to turn against users who put their trust in the application. 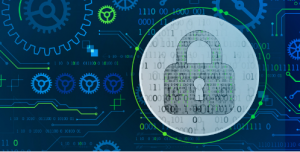 There has been a hotly-debated topic in whether the Chinese government should take over Tencent’s power in protection of data. On the one hand, some highlight the pros of WeChat power being transferred to the Chinese government because it helps regulate WeChat as the Chinese social platform monopoly and protect national security. Indeed, it is a sign of danger when a particular profit-oriented company grows too powerful. In this case, WeChat holds onto personal data of large group of citizens and national security could potentially become an issue. Needless to say, China is one of the most populous country in the world. Evidently, Facebook’s Data Breach in 2019 is a vivid warning to the Chinese government. On the other hand, some people are afraid of the increasing power over its citizens if the Chinese government does take over WeChat. Indeed, in one way or another, WeChat contents such as messages are censored to ensure security and the Tencent WeChat team is backed by local police stations in case of emergency. However, noteworthily, regarding government requests to access encrypted messages, Tencent is the only company that denies the possibility publicly in the big data world. 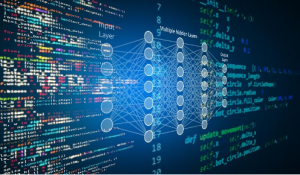 In conclusion, while WeChat is smart and convenient, people do not know how complicated its black box is. It is about the protruding question of how “private” people’s data are. The data of WeChat users involved is so large that data security and privacy will always be an issue to consider. As far as WeChat in the international setting, regulations that comply with legal systems of both China and other countries are needed to account for their potential political, economical and social differences. The solutions could potentially be applied to any other massive and data-heavy technology companies in an effort to address data security and privacy. We all would not want a society similar to that described in George Orwell’s renowned 1984: “always eyes watching you and the voice enveloping you” and “nothing was your own except for few cubic centimeters in the skull” (Orwell).