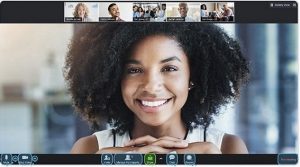 This topic caught my attention, especially after the pandemic, because I see people using Zoom to replace human interaction more and more every day. Zoom is used throughout the day for multiple things including work, education, and personal meetings. At first, I thought that privacy issues were mostly limited to personal meetings, but I later learned that there are privacy concerns in both in education and in the workplace.

My initial interest in the topic was due to my observations of people using Zoom for things like birthday parties, bridal showers, baby showers, and other non-traditional uses of Zoom. I became interested on whether Zoom itself monitors or listens in on those calls. I was convinced that somewhere in their privacy policy it would state some type of loophole that would allow them to listen in on calls for the purposes of troubleshooting or ensuring the service was working. I was a bit disappointed, and relieved when I read that meetings themselves are considered “Customer Content” and that the company did not monitor, sell or use the customer content in any purpose other than to provide it to the customer. 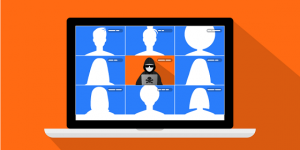 However, there was a small, although not too obvious loophole. Zoom considers this “Customer Content” to be under the user’s control, including its security, and thus it cannot guarantee that unauthorized parties will not access this content. I came to find out later that this is a major loophole that has been exploited in many instances. Although Zoom doesn’t take responsibility for this, there are many people that blame the company for not upgrading its security features. This all means that somebody would have to hack their way into my family’s private meeting in order to listen in. I believe that for most family gathering meetings the risk of this happening is not very high, so I would say it is safe to say that most family gathering zoom meetings are private as long as they are not the target of a hacker.

I had initially thought that the education field was not heavily affected by zoom’s privacy or security issues. After all, most educators have trouble getting all their students to attend, and who is going to want to hack into a class? I was wrong about that too. The most notorious example occurred in China where Zoom assisted the Chinese government in censoring content that it did not agree with. It is also important to note that in addition to class content, schools also have other types of meetings that are more private in nature that put some sensitive information at risk like grades or school records. These could also become target of malicious hackers. In conclusion, while censorship may not be a large issue in the United States, there are some countries where this is a real issue.

I remembered that Zoom is in my companies’ prohibited software list. I also learned that most tech companies have also banned their employees from using Zoom for work. I initially thought that this was due to Zoom’s privacy policy or terms of use policy allowing Zoom employees to listen in and thus making the meetings not secure enough as there could be a third-party listening in. It turns out that Zoom’s privacy policy states that they will not listen in or monitor in the meetings. However, like with personal meetings and education meetings, it is up to the company to secure its meetings and Zoom cannot guarantee that unauthorized users will access the content. This security issues make it so that Zoom cannot be held responsible if a company’s meeting is hacked and the meeting accessed by an unauthorized user. Companies are targeted by hackers all the time, so the risk, especially for high profile companies, of their zoom meetings being hacked is large. 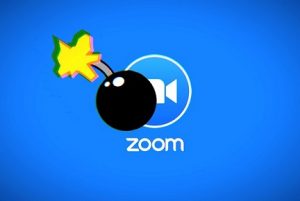