Recently customers of popular ancestry companies, such as GEDmatch, learned that the DNA data they had submitted to learn about their family was secretly being searched by police to solve crimes. While the contribution made to putting away some of the vilest criminals – like the Golden State Killer – has been touted by law enforcement as a win for society, the revelation of policing searching genealogy profiles without user knowledge has raised questions about the line between consumer privacy and public safety. 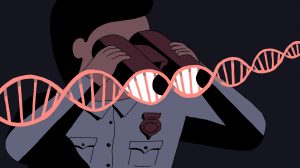 Genealogy uses the DNA associated with ancestral linage to establish a family connection between a perpetrator’s sample and the uploader. Then, manually, an analyst builds down a family tree from that connection using public records such as birth certificates, death records, and marriage licenses. The family tree is then used to generate a focused suspect pool, at which point investigative police work takes over to build a remaining case sufficient for arrest. 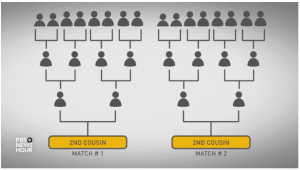 For the Golden State Killer, police obtained the family tree data by acting as a normal user uploading DNA to find a relative, not identifying themselves as police. These approaches have shone a light on the previously unconsidered legal and ethical concern of police access to consumer data for the public good. Up until the Golden State Killer case, GEDmatch was not even aware police were using their services, users were unaware they were cooperating with police, and no regulation existed on the subject.

Now that the discussions have started, two sides of the argument have naturally emerged. Those in law enforcement who believe in the beneficence of their work see little harm in the practice. It is solving terrible crimes which would otherwise be left to turn cold. Additionally, legal non-profits like DNA Doe Project, access genealogy resources to identify John and Jane Doe victims – bringing closure to families.

On the other side of the argument, users voice concerns about consent, constitutionality, and police misconduct. Firstly, users uploading their profiles were not volunteering to be included in a suspect database and their consent was never given for their data to be searched. Additionally, these searches were conducted without warrants, which is in conflict with recent supreme court precedent regarding obtaining public database information. Lastly, there are members – like Michael Usry – who were targeted as a suspect because their profile is closely related to the culprit’s family tree. Opening the door for police misconduct such as bias efforts being made to confirm the genealogy results.

In response to the debate, DNA and genealogy companies have altered their privacy policies to attempt pleasing both sides by creating an opt-in policy for users. By opting in, users are agreeing to add their profiles to a database that is available to police. However, the glaring concern that arises from this approach is that the opt in does not actually impact the individual who is sharing the data – as it is most likely they would share the data with the knowledge they have not committed any crimes. The problem is that the person choosing to exercise their personal freedom to opt in and share their data with police are doing so on the behalf of distant relatives who may have committed these crimes. This presents a not only a moral dilemma with implicating others’ privacy but also applies ethical pressure in public safety, making this a particularly difficult situation.

Luckily, there is a path forward through legislation. First and foremost, the process still relies on proper due process of the criminal justice system; a judge must grant a warrant to conduct searches on the databases have users consent. Warrants can only be requested for this purpose only if the case is a violent personal crime, such as homicide or rape, and has exhausted all other investigative resources. Most importantly, the scope of genealogy data is still limited by current technology to only point investigators in a general direction, from which investigators must still rely on using evidence-based crime solving to make an arrest. For now, Federal regulation of genealogy data usage in crime fighting strikes a sufficient balance in privacy and policing; but this legislation will need to be closely monitored as genealogy technology advances.