Introduction
Autonomous vehicles are poised to revolutionize the transportation industry as they could dramatically reduce automotive accidents. Apart from saving human lives, they can reduce billions of dollars in accident damages in the U.S.[1] They could also give people ample free time and increase productivity by removing time wasted driving. The cost of ride-sharing also decreases as labor accounts for roughly 60%[2] of the taxi business’s total cost.

Autonomous vehicles use either Radar or LiDAR sensors data to detect obstacles, such as human beings, supporting the Advanced Driver Assistance Systems (ADAS). ADAS allows a vehicle to operate autonomously in an environment (other vehicles, bicyclists, pedestrians, traffic signals, and obstacles in the scene). Autonomous vehicles process large amounts of data generated by these sensors, real-time traffic data, and personal data that includes locations, start and stop times.

Data collection and analysis: Autonomous vehicles collect large amounts of data. The sensors collect human beings’ images (ex: human being/pedestrian as an obstacle in front of the car) without the user’s consent. There is no regulation on how much data can be collected. Once the data is collected, there are no regulations on who can access that data and how it is distributed and stored. Moreover, there will be many implications of a data breach. The collected data can be used for other purposes, without the users’ consent, leading to unintended consequences. The data variation due to human body size and shape might influence the autonomous software’s decision. 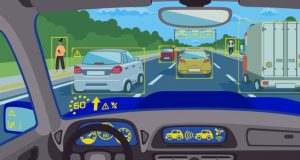 Quality of vehicle sensors: Sensors are one of the costly components in autonomous vehicles. High-end sensors increase the cost drastically. If the vehicle purchase price increases beyond a specific limit in certain countries, there won’t be incentives from the local government to the vehicle owners. To minimize the cost, vehicle manufacturers might not use all the required sensors[3] at the expense of increased risk to human beings. 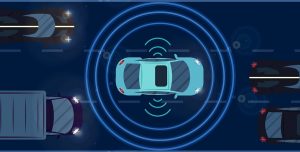 Jobs: While autonomous vehicles will create jobs in engineering and customer service [4,5], many driver jobs could be lost as there won’t be any need for drivers. More than 3 million taxi, truck, and bus drivers may lose their livelihoods and professions in the U.S.[6] As the accidents decrease due to autonomous vehicles (95% of recent accidents are due to human error[7]), the importance of vehicle insurance might decrease. Also, people working in collision repair centers and chiropractic care centers might lose jobs. People might opt for autonomous ride-shares compared to public transit services[8] because of the cheaper prices offered by autonomous ride-shares, which will impact the jobs in public transit services. What happens to the people dependent on the construction and maintenance of the public transit system? Also, ample parking spaces might not be required, and people either directly or indirectly dependent on them will lose their livelihood. Even though there is a lot of time before autonomous vehicles take over so that the impacted people can change their careers, it’s hard for some people due to their age, family circumstances, etc.

Regulations and Guidelines
Most of the current regulations[9] on the safety of motor vehicles are based on the assumption of humans driving vehicles. New regulations [10,11] should be adopted where ethics should be given utmost importance starting from the vehicle’s design to its adoption in society. Also, there should be transparency on the algorithms being used and data being collected by the autonomous vehicles.

There should be a uniform policy on what data can be collected and how it can be used. The federal government should regulate the data privacy [12] as the vehicle manufacturer can promise to de-identify personal information [13] (what time a user left home and to where the user went), but due to different standards maintained by different manufacturers, there is a risk that some of them will allow re-identification. Since autonomous vehicles are in the early stages, there are many unanswered questions like what’s the expected behavior if the sensors fail? When an accident occurs, who is at fault? The owner or the manufacturer of the autonomous vehicle? All these need to be considered while coming up with regulations and guidelines.

Policymakers should act now to prepare for and minimize disruptions to the millions of jobs due to autonomous vehicles that may come in the future. There should be a timeline to come up with new regulations and guidelines protecting humans and their privacy.