Automatic License Plate Readers – For your Safety?
By Anonymous | November 27, 2020

Imagine a system that can track where you have been and knows where you will be going in the future. This system is not science fiction; it is reality. A network of interconnected video cameras located on interstate highways, local streets, outside of homes, and in police cars creates a universal mesh of data of your personal breadcrumbs. When interconnected, the system can find individuals in real-time by capturing your license plate number. The technology of Automatic License Plate Readers (ALPR) has exploded in growth with databases containing more than 15 Billion license plates, covering the majority of the United States and present in over 50 countries. Though the solution was sold as a way to reduce crime while keeping up with shrinking law enforcement budgets, personal privacy protection has been lagging. 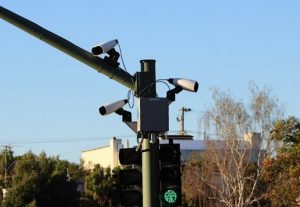 Historically, law enforcement would look for license plate numbers by walking and driving down streets within the city. This process would naturally limit how much information was gathered. Today, officers can incorporate cameras within their cars that will indiscriminately capture images on vehicles, not because of suspected criminal activity, but because the information might be useful in future investigations. This method is called “gridding” and feeds the data into the ALPR system.

Any law enforcement agency that participates in ALPR will have access to real-time data of over 150 million plate reads per month at no cost. In return, most ALPR systems require access to license plate reads from cameras established in that specific jurisdiction. The use of ALPR systems goes beyond law enforcement agencies and is available to anyone, even private citizens. Local neighborhoods can pay $2,000/mo for a neighborhood camera that will scan license plates, allowing neighbors to view travel patterns and follow up on suspicious vehicles. 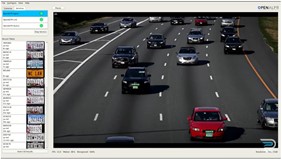 The collection of massive amounts of data is not new. Google has been collecting images of everything outdoors and is viewable through its product, Google Streets. The same argument was used for the mass collection of license plate information, it is already publicly visible and accessible to everyone to record or take pictures. Companies creating ALPR systems are taking publicly available information and using the data to help catch criminals and reduce city expenses. So what is the harm?

The harm is that law enforcement could misuse ALPR systems to stalk individuals at their work, events, or political rallies, or even at their doctors’ offices. It enables law enforcement or anyone to analyze travel patterns that could reveal sensitive information, regardless of whether they are suspected of criminal activity. For instance, police can use ALPR data to determine the places people visit, which doctors they go to, and what religious services they attend.

If these technologies were deployed without reasonable suspicion, personal bias could intervene and police could deploy this technology more heavily in low income and minority neighborhoods. Police could grid these neighborhoods more often, leading to over-policing these areas. In 2016, a BuzzFeed investigation found that ALPRs in Port Arthur, Texas, were primarily used to find individuals with unpaid traffic citations, leading to their incarceration.

Eric J. Richard was driving his white Buick LaCrosse on Interstate 10, when Louisiana State Police stopped him for following a truck too closely. During the roadside interrogation, the trooper asked where Richard was traveling from. “I was coming from my job right there in Vinton,” Richard replied. The officer had already looked up the travel records for Richard’s car and already knew it had crossed into Louisiana from Texas earlier in the day. Based on this “apparent lie,” the trooper extended the traffic stop by asking more questions and calling in a drug dog.

The privacy harms with ALPR systems become very apparent when collecting millions of license plates of innocent individuals are analyzed together, creating new use cases that were never possible before. The ability to track individuals in real-time and analyzing travel patterns to predict where people might be, provide new capabilities that were not available before. These new capabilities, coupled with a weak privacy policy, has resulted in numerous harms stemming from the lack of training, inconsistent data retention policies, unclear access, auditing, and security policies.