YouTube, owned by Google, was fined $170 million for violating the Children’s Online Privacy Protection Act or COPPA in September 2019. The $170 million fine is the largest COPPA fine up to date according to the Federal Trade Commission (FTC). COPPA is a law that requires websites and online services to provide notice and get parental consent before collecting information from kids under 13. YouTube was accused of violating COPPA by gathering children’s data and targeting kids with advertisements using the collected data without parents’ consent. 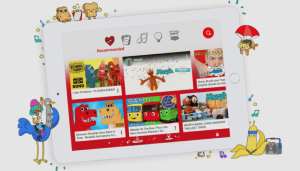 Although YouTube’s terms of service exclude children under 13, it claimed to be a general-audience site and marketed itself to advertisers as a top platform for young children. From the communications with some toy’s companies such as Mattel, maker of Barbie and Monster High toys, and Hasbro, maker of My Little Pony and PlayDoh, YouTube and Google claim that “YouTube was unanimously voted as the favorite website for kids 2-12” and “93% of tweens visit YouTube to watch videos”. Yet when it came to complying with COPPA, YouTube told some advertising firms that they did not have to comply with the children’s privacy law because YouTube did not have viewers under 13. In Practice YouTube does not require a user to register to view videos, and most videos are not age appropriate. Anyone can view them, and millions of children under age 13, like my kids, do watch them. YouTube served targeted advertisements on these channels even though it knew the channels were directed to children and watched by children. 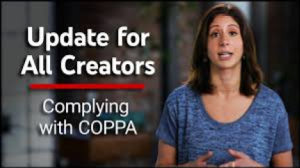 So, what’s next and how is YouTube changing? Google and YouTube need to implement a number of changes to comply with COPPA. Starting January 2020, YouTube started a system that asks video creators and channel owners to label and categorize their YouTube content as “directed to children”, and therefore remove the personalized ads and comments. Creators will also have to categorize each of their previously uploaded videos and even their entire channels as needed. According to YouTube, it is using artificial-intelligence algorithms to check the content labels and that it might override some settings “in cases of error or abuse.” The big problem is that nobody is sure what “child-directed content” means exactly. Sometimes it’s too difficult to tell the difference between what’s child-directed content and what’s not. The FTC provides only general rules of thumb about whether content is “directed to children” and thus subject to COPPA. Popular YouTube videos watched by children and adults, such as gaming, toy reviews, and funny family videos, may fall under gray areas. The creators will be held liable if the FTC finds COPPA violations. Google specifically called on the FTC that “the current ambiguity of the COPPA Rule makes it difficult for companies to feel confident that they have implemented COPPA correctly.” YouTube could only advise creators to consult a lawyer to help them work through COPPA impact on their own channels. YouTube’s new COPPA-compliance rules have significant impact on some creators because they will lose a big part of their ads income under the new rules. As a parent of kids who watch videos on YouTube, I’m glad seeing FTC’s decision on YouTube indicating that the FTC is taking the protection of children’s data seriously. I hope FTC and regulators work out clearer guidelines on the “child-directed” contents and YouTube impose more strict auditing on the “child directed” video contents using its advanced technology in the near future.

YouTube is also promoting YouTube Kids, a separate app on all kids’ videos. The app was launched by YouTube in 2015. It filters the grown-up stuff, funnels the kid stuff to the app, and removes many of the features that are available on the main site. As a parent who is concerned about kids’ privacy and protection, yet never took actions to read the privacy policies before, I would recommend parents to read the privacy policies carefully from now on and explore YouTube Kids yourselves. You can set up parental controls and some features such as the timer which lets you set a limit for your kids on the app. Is YouTube kids safe or right for kids, or not? This is not one-answer-fits-all. Every family is different, and I think parents need to work with their kids to figure out a better answer for your family.