The Sensorvault is Watching
By Anonymous | October 4, 2019

People who have an android phone or a mobile device that has Google Maps installed on it are most likely sharing their location with Google at all times. This data collection is not easy to opt out of, and many people do not know that they are sharing their location at all [1]. This data is stored in a Google database that employees call “Sensorvault” and it is even collected when people are not using location apps on their phones. Surprisingly, this data is still stored when users turn off their location history and can only be deleted with extensive effort by the user [2]. The Sensorvault “includes detailed location records involving at least hundreds of millions of devices worldwide and dating back nearly a decade [3].” 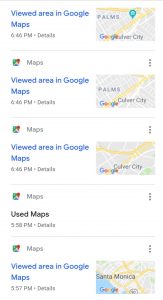 This treasure trove of data has proven to be useful to law enforcement throughout the United States. Police and federal agents were struggling to find the culprits of a bank robbery in Milwaukee that occured in October 2018. They served Google with a search warrant for information about the locations of the robbers phones, also referred to as a reverse location search. This is not the only time this kind of search warrant has been served, with another occassion being to identify members of a rally that turned into a riot in Manhattan [4]. 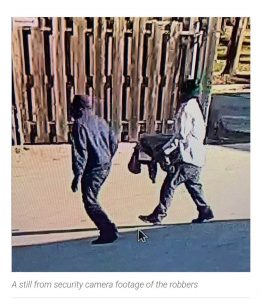 But how are the devices of only criminals being tracked? They are not, in fact, the only devices being tracked and reported, and this had lead to concern from civil liberty groups [3]. When the police or FBI serves a reverse location search warrant, they are returned with a list of phone owners that were in the vicinity of the crime. In the case of the previously mentioned bank robbery, law enforcement requested all devices that were within 100 feet of the bank during a half hour block of time surrounding the robbery [4]. It is easy to believe that this could result in innocent people being linked to crimes that they did not commit. And this indeed did happen to Jorge Molina, who was detained by police for a week because his phone was in the vicinity of a murder, and his car matched the same make and model as the vehicle involved in the murder. When new evidence made clear that Mr. Molina was not involved, he was released [5]. This was time spent building a case against an innocent individual that could have been spent investigating other suspects further.

The facts explored here are cause for concern; locations of most mobile devices are being tracked without the owner’s knowledge and sometimes when they take measures to stop the recording, like turning off their location history. This data is being used to tie people to crimes that they might not have committed, but were in the wrong place at the wrong time. Steps must be taken to address both the lack of public awareness and the legal scope and use cases of this data.