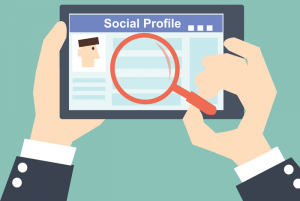 Hiring qualified people is hard. Most of the time, the foundation of a hiring manager’s decision is built off of a 1-page resume, a biased reference or two (sometimes none), and a few hours of interviews with the candidate on their best behavior.

It’s no surprise that around 70% of employers have admitted to snooping on personal social media sites as a method for screening candidates [1]. Since hiring someone who isn’t the right fit can be expensive, it’s only natural for companies to turn to Facebook, Twitter, Instagram, or other social media sites to get a deeper glimpse into the personality they’re hiring. Unfortunately, there’s a lot that can go wrong for all parties involved due to the ethical implications.

What could go wrong?

Using social media to screen candidates doesn’t just weed out people who are vocal online about their criminal or illegal behavior. Doing this can lead to hiring managers screening out perfectly qualified candidates.

Recently, CIPD (an employee advocate group based in London) wrote a comprehensive pre-employment guide for organizations to follow, and included a section on using social media for job screening [2]. They outlined the risks of employers doing this, which included a case study about a company deciding not to hire a transgender candidate, even after indicating that the individual was suitable for the job prior to the social media check. This was considered an act direct discrimination under a protected characteristic, brought on by the company using social media to get more information on the candidate.

It doesn’t stop there. For some people, it’s common sense that employers review social media profiles, and they are able to keep their private thoughts secured. However, not everybody is a social media expert, and deciphering exactly is and isn’t private can be unwieldy. Many people are not aware that they are consenting to disclosing posts from 5+ years ago to potential employers. When companies don’t directly disclose that all content from personal social media sites are subject to review, this could be considered a breach of privacy for individuals who are unaware.

The Future of Social Media Screening 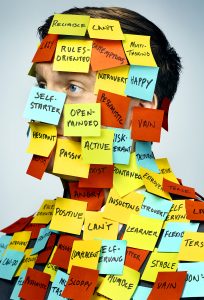 With the massive influx of artificial intelligence being leveraged within the job-hunting industry, it’s surprising that this isn’t already an industry norm. However, there are a myriad of potential ethical concerns around creating algorithms to do this.

It’s entirely possible that job candidates can fall victim to algorithmic bias, and be categorized as something they’re not because of an unperfected algorithm. If someone is new to social media and undergoes a screening like this, it’s possible the result will find no positive traits for the candidate, and the company will reject the candidate based on the algorithm’s decision.

Between the start-ups that continue to sprout up for the purpose of data mining to gain valuable insights on individuals and the “Social Credit Score” going live in Chine in 2020 [3], it’s hard to discount the possibility of algorithmic social media screenings that score how “hirable” a candidate is becoming prevalent. Because of this, all aspects of the hiring process should continually be subjected to ethical laws and frameworks to protect job candidates from unfair discrimination.