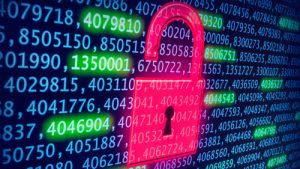 I see privacy referenced often as an all-or-nothing proposition, often in discussions of whether one has it or one does not. In the realm of data, though, privacy exists on a continuum. It is a tradeoff between the benefits from having data readily available and the protection of people’s privacy. There is tremendous gray area in this discussion, but some things are clear. Few would argue that all social security numbers should be public. Things like people’s names and addresses are less clear. It is easy to argue that these data have always been publicly available in America via the White Pages. This is not a valid argument, as it ignores context. While that information was certainly available, the internet was not. Name, phone, and address records were not in one collected location; they were only on the local level, and not digitized. As such, there were limits to the danger of dissemination. Also, there was only so much a bad actor could do with information. In the modern world, anyone can use these basic data elements to commit fraud from anywhere in the world. The context has changed, and the need to protect information has changed with it.

Of course, to what extent data should be protected is also a gray area. Technology and, arguably, society benefit greatly from data availability. People want Waze to work reliably. Many of those same people probably do not want Google to track their locations. It is easy to go too far in either direction. These sorts of situations should all have privacy assessments to evaluate the benefits and risks.

The privacy tradeoff is particularly tricky in government, which has the responsibility for protecting its citizens, but also an obligation for transparency. In studying public crime data from all U.S. municipalities with populations of more than 100,000, I uncovered enormous differences in privacy practices. Some cities made full police reports publicly available to any anonymous user, exposing the privacy details of anyone involved in an incident. Others locked down all data under a blanket statement like, “All data are sensitive. If you want access to a report, file a FOIA request in person.” In the latter case, the data are certainly protected, but the police departments provide no data of value to its citizens. At the risk of making a fallacious “slippery slope” argument, I fear the expansion of government using privacy as a catch-all excuse for hiding information and eliminating transparency. The control of information is a key element of any authoritarian regime, and it is easy to reach that point without the public noticing. 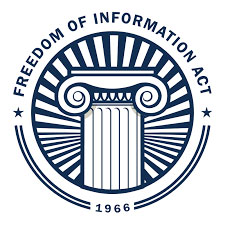 The Freedom of Information Act (FOIA) is intended to provide the American public transparency in government information. It is a flawed system with good intentions. Having worked in an office responsible for FOIA responses for one government bureau, I have seen both sides of FOIA in action. When people discuss their FOIA requests publicly, it is generally in the form of complaints, and usually in one of two contexts:

Most of the time, no one is intentionally hiding anything, though that makes for the most convenient conspiracy theories. In reality, there is an unspeakable volume of FOIA requests. Records are not kept in any central database, so each response requires any involved employee to dig through their email, and their regular jobs are already full-time affairs. Then, each response goes through multiple legal reviews to redact privacy data of U.S. citizens. Eventually, this all gets packaged, approved, and delivered to the requestor. It is far from a perfect system. However, it does, to a sufficient degree, serve its original intent. As long as FOIA is in place and respected, I do not see the information control aspect of government devolving into authoritarianism.

What is the proper balance? This is the ultimate question in the privacy tradeoff. Privacy risk should be assessed with every new technology or application that could contain threats of exposure, and the benefits should always outweigh those risks to the public. If companies provide transparency in their privacy policies and mechanisms for privacy data removal, the benefits and risks should coexist harmoniously.