In 2017, a poll conducted by Digital Examiner, after a very public controversy in which a Google employee wrote about Google’s “ideological echo chamber”, 57.1% of respondents said they believed search results were “biased” in some way. In the years since then, Google, alongside other big tech companies, increasingly find themselves at the center of much public debate about whether their products are biased.

Of course they are biased.

This is nothing new.

That doesn’t mean it can’t be a problem.

Search is Biased
In its purest form, search engines filter down the massive corpus of media hosted on the world wide web to just the selections from the corpus that relate to our desired topic. Whatever bias that corpus has, the search engine will reflect. Search engines are biased because the Internet is made by people and people are biased. 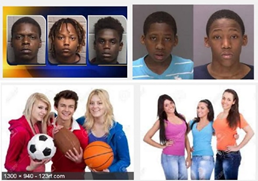 This is Not New
Before the Internet there were libraries. Before search engines there were card catalogs, many of which relied on the Dewey Decimal Classification system. Melvil Dewey was a serial sexual harasser whose classification system reflected the racism and homophobia, along with other biases, that were common in the dominant culture at the time of its invention in 1876. If you had searched the Google of 1919 for information about homosexuality, you would have landed in the section for abnormal psychology, or similar. Of the 100 numbers in the system dedicated to religion, 90 of them covered Christianity. Google didn’t invent search bias.

Pick your Bias
Do we want Google, or any other company to try to filter or distort our view of the corpus? This is the first question we must ask ourselves when we consider the conversation around “fixing” bias in search. Some instances clearly call for action, such as Google’s early efforts at image labeling not adequately distinguishing images of African Americans from Images of gorillas. Other questions, like how to handle content that some might consider political propaganda or hate speech, are more confusing and would require Google to serve as of truth and social norms.

But We Know The Wrong Answer When We See It
Google is currently working to build an intentionally censored search engine, Dragonfly, to allow itself to enter the Chinese market. This project, which is shrouded in more secrecy than usual (even for a tech company), is the wrong answer. Google developing a robust platform for managing censorship is basically pouring the slippery onto the slope. With the current political climate both here in the United States and around the globe it is not hard to imagine actors of all political stripes looking to exert more control over the flow of information. Developing an interface for bias to exert that control is not a solution, it’s a problem.