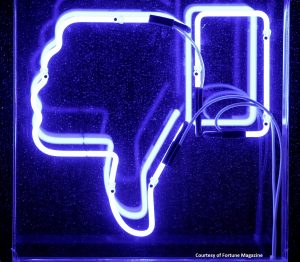 Facebook’s data processing practices are once again in headlines (shocker, right?). One recent outrage surrounds the way in which data from non-related mobile applications is shared with the social media platform in order to improve their respective efficacy of targeting users on Facebook. This particular question has raised serious questions about end user privacy harm. This has in fact prompted New York Department of Financial Services to request documents from Facebook. In this post we will discuss some of the evidence concerning the data sharing practices of third-party applications with Facebook, and then discuss a useful lens for evaluating the perceived privacy harm. Perhaps we will also provide some insights in alternative norms in which we might construct the web to be a less commercial, surveillance-oriented tool for technology platforms.

The Wall Street Journal recently investigated 70 of the top Apple iOS 11 apps and found that 11 of them (16%) shared sensitive, user-submitted data with Facebook in order to enhance the ad targeting effectiveness of Facebook’s platform. The sensitive health and fitness data provided by the culprit apps includes very intimate data such as ovulation tracking, sexual activity defined as ìexerciseî, alcohol consumption, heart rates and other sensitive data. These popular apps use a Facebook feature called “App Events” that is then used to feed Facebook ad-targeting tools. In essence, this feature enables companies to effectively track users across platforms to improve their ad effectiveness targeting. 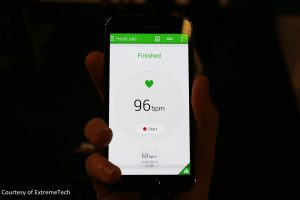 A separate, unrelated and earlier study conducted by Privacy International running Android 8.1 (Oreo) provides more technical discussion and details of data sharing. In tests of 34 common apps it found that 23 (61%) automatically transferred data to Facebook at the time a user opens an application. This occurred regardless of a user having a Facebook account. This data includes the specific application accessed by a user, events such as the open and closure of the application, device specific information, the userís suspected location based on language and time zone settings and a unique Google advertising ID (AAID) provided by the Google Play Store. For example, specific applications such as the travel app Kayakî sent detailed search behavior of end users to Facebook.

In response to the Wall Street Journal reports, a Facebook spokesperson commented that it’s common for developers to share information with a wide range of platforms for advertising and analytics. To be clear, the report was focused on how other apps use peopleís information to create Facebook ads. If it is common practice to share information across platforms, which on the surface appears to be true (although the way in which targeted marketing and data exchanges work is not entirely clear), then why are people so upset? Moreover, why did the report published by the Wall Street journal spark regulatory action while the reports from Privacy International were not as polarizing?

Helen Nissenbaum NYU researcher, criticizes the current approach to online privacy which is dominated by discussion of transparency and choice. One central challenge to the whole paradigm is what Nissenbaum calls the “transparency paradox”. That is, providing simple, digestible and easy to comprehend privacy policies are, with few exceptions, directly opposed to detailed understanding as to how data are really controlled in practice. Instead, she argues for an approach that leverages contextual integrity in order to define the ways in which data and information ought to be handled. For example, if you operate as an online bank, then the ways in which information is used and handled in a banking context ought to apply whether it is online or in-person.

Now applying Nissenbaum’s approach to the specific topic of health applications sharing data, e.g. when one annotates her menstrual cycle on her personal device, would she reasonably expect that information to be accessed and used for forums in social media (e.g., on Facebook)? Moreover, would she reasonably expect that her travel plans to Costa Rica would then be algorithmically aggregated with her menstrual cycle information in order to detect whether she would be more or less inclined to purchase trip insurance? What if that information was then used to charge her more for the trip insurance? The number of combinations and permutations of this scenario is only constrained by one’s imagination.

Arguably many of us would be uncomfortable with this contextual violation. Debatably, sharing flight information with Facebook does not result in the same level of outrage as does health data. That is due to the fact that the norms that govern health data tend to privilege autonomy and privacy much more than those of other commercial activities like airline travel. While greater transparency would have been a meaningful step towards minimizing the outrage experienced by the general public with the health specific example, it is still not sufficient to remove the privacy harm that could be, was or is experienced.

As Nissenbaum has proposed, perhaps it is time that we rethink the norms of how data are governed and whether informed consent with todayís internet is really a sufficient approach towards protecting individual privacy. We can’t agree on a lot in America today, but it feels like keeping our medical histories safe from advertisers is maybe one area where we could find a majority of support?