A Case Study on the Evolution and Effectiveness of Data Privacy Advocacy and Litigation with Google
By Jack Workman | March 3, 2019

2018 was an interesting year for data privacy. Multiple data breaches, the Facebook Cambridge Analytica scandal, and the release of the European Union’s General Data Protection Regulation  (GDPR) mark just a few of the many headlines. Of course, data privacy is not a new concept, and it is gaining prominence as more online services collect and share our personal information. Unfortunately, as 2018 showed, this gathered personal information is not always safe, which is why governments are introducing and exploring new policies and regulations like GDPR to protect our online data. Some consumers might be surprised that this is not the first time governments have attempted to tackle the issue of data privacy. GDPR actually replaced an earlier  data privacy initiative by the EU called the Data Protection Derivative of 1995. In the US, California’s Online Privacy Protection Act  (CalOPPA) of 2003 governs many actions involving privacy and is planned to be replaced by the California Consumer Privacy Act  (CCPA) in 2019. Knowing this, you might be wondering, what’s changed? Why do these earlier policies need replacing? And are these policies actually effective in setting limits on data privacy practices? To answer these questions, we turn to the history of one of the internet’s most well-known superstars: Google. 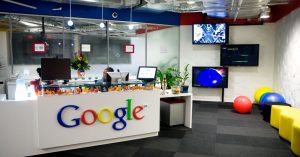 Google’s presence and contributions in today’s ultra-connected world cannot be understated. It owns the most used  search engine, the most used internet browser, and the most popular smartphone operating system. Perhaps more than any other company, Google has experienced and been at the forefront of the evolution of the internet’s data privacy debates.

As such, it is a perfect subject for a case study to answer our questions. Even better, Google publishes an archive  of all of its previous privacy policy revisions with highlights of what’s changed. Why are privacy policies important? Because privacy policies are documents legally required to be shared by a company to explain how it collects and shares personal information. If a company changes its approach to personal information use, then this change should be reflected in a privacy policy update. By reviewing the changes between Google’s privacy policies, we can assess how Google responded to and the impact on Google of major data privacy events in the last two decades of data privacy advocacy and policy.

Google’s first privacy policy , published in June of 1999, is a simple affair: only 3 sections and 617 words. The policy remained mostly the same until July 1, 2004, the same date that CalOPPA’s policy went into effect, where Google added a full section on “Data Collection” and much further detail on how it shared your information. Both additions were required under the new regulations set forth by CalOPPA and can be considered positive steps towards more transparent data practices.

A new update in 2010 brings first mention of the Google Dashboard. The Dashboard, published after rising media attention focusing on reports that Google shared its data with governments upon request, is a utility for users to view the data Google’s collected. This massive increase in transparency can be considered a big win for data privacy advocates.

March 2012 brings Google’s biggest policy change yet. In a sweeping move, Google overhauled its policy to give it the freedom to share user data across all of its services. At least, all except for ads: “We will not combine DoubleClick cookie information with personally identifiable information unless we have your opt-in consent”. This move received negative attention and fines from both international media and governments.

With a simple, one-line change in its privacy policy, Google drops the barrier preventing it from using data from all of its services to better target its advertisements. This move shows that, despite previous negative attention, Google is not afraid of expanding its use of our personal information.

It is still far too soon to assess the impact of GDPR, but, if the impact on Google’s privacy policy  is any indicator, then it represents a massive change. With the addition of videos, additional resources, and clearer language, it seems as if Google is taking these new regulations very seriously. 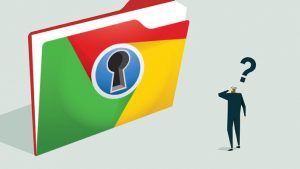 Comparing Google’s first privacy policy to its most recent depicts a company that’s become more aware of and more interested in communicating its data practices. As demonstrated, this growth was caused by media scrutiny and governmental legislation along the way. However, while the increased transparency is appreciated, the same media scrutiny and governmental legislation has not prevented Google from expanding its use and sharing of our personal information. This raises a new question that will only be answered with time: will GDPR and the pending US regulations actually place real limits on the use of and protections for our personal information, or will they just continue to increase transparency?