While many people express unease over a perceived loss of privacy in the days of “Big Data” and predictive analytics, does the harm from such “Data Surveillance” impact the rich and poor equally? I believe the answer is no. People in the low income segment are more likely to be victims of predictive algorithms as they have more data exposed and less knowledge on how to protect themselves against data malpractice. 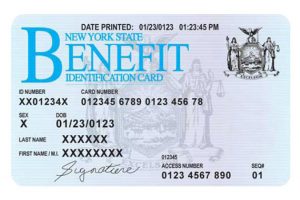 As the low income population is required to provide day-to-day data to the government for basic needs (e.g., Welfare, Medicare), they face more pervasive and disproportionate scrutiny. For example, food stamp users are required to have their spending patterns electronically recorded and monitored so government agencies can watch for potential fraud. This limits autonomy and opportunity for food stamp users. In one instance, the U.S Department of Agriculture (USDA) wrongfully deactivated market access for some Somali supermarkets because low income Somalis tend to spend all of their monthly allowance in one day which didn’t follow the “Normal Pattern” established by the USDA data algorithm. Upon further investigation, we learned that such practice resulted from language barriers and limited availability of Somali food in local communities. So local Somalis organize group car rides and go to Somalian supermarkets in other communities and buy a month’s worth of food in one trip. Improper government data usage like this can negatively limit spending behavior for the low income population.

The Washington University survey also indicated that low income internet users are more likely to use social media compare to higher income users. (81% vs. 73%) Most of the difference is skewed to the younger users. When answering questions in social media privacy settings, people from the low income segment are significantly less likely to use privacy settings to restrict access to the contents they post online. (65% vs. 79%). I agree with researchers’ claim that the lack of data restriction control is the result of lack of skills and understanding. After all, privacy settings for social media platform usually have complex wordings and are usually not easy to navigate. As the low income segment tends to have lower education levels, they are more likely to be confused about privacy setting and share their content with the public by default.

As the low income segment is usually more price sensitive, they are also more likely to fall for traps that trade personal information for store coupons. By releasing their information to marketers, they can be easily profiled into various “financially vulnerable” market segments as marketer compile data from various platforms together. With such profile, they are more likely to receive advertisement for dubious financial products such as payday loans or debt relief services. This would result in more financial loss.

Overall, I find data protection for the low income segment to be a tricky subject. While laws such as Title VI of the Civil Right Act of 1964 outlawed discrimination on the base of race, color, religion, sex or national origin, no specific laws were enacted to protect discrimination against the poor. Financial strength is a key factor used in loan, housing/rental and employment decisions. It might be hard to establish laws that include protections for the low income population without limiting the ability of businesses to properly vet potential customers for risk. However, in the interim, I believe we should increase opportunities for training / awareness for the low income population to reduce the knowledge gap so they are less likely to become victims of “big data” or privacy invasion. With my current work, my team is partnering with non-profit organization to provide web safety training for low income communities. We hope that by educating low income consumers on the ways they can ensure their privacy online, they will benefit from all the opportunities the internet can deliver, without putting themselves or their families at unnecessary risk.

Privacy, Poverty, and Big Data: A Matrix of Vulnerabilities for Poor Americans  openscholarship.wustl.edu/cgi/viewcontent.cgi?article=6265&context=law_lawreview