From Safety to Surveillance: When is it Okay to Spy on Your Kids? by Elizabeth Shulok

Imagine hiding a webcam in your teenager’s bedroom and recording them unaware. Most of us would recognize this as an invasion of privacy, and potentially child pornography if the camera records the child in a state of undress.

But install a webcam in your toddler’s bedroom, and it is an acceptable safety measure to make sure your child is safe when they are alone in their room.

At what point does recording your child transition from responsible parenting to an invasion of privacy? 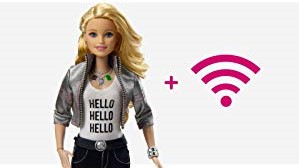 Nearly 3 years ago, parents filed suit against the makers of Hello Barbie, a WiFi enabled doll that uses voice recognition technology to allow a child to have a “conversation” with the doll. Although Mattel claims the doll complies with COPPA, or the Children’s Online Privacy Protection Act, the plaintiffs claim that Mattel did not do enough to protect the privacy of playmates of the child who owns the doll.

COPPA was created to protect the privacy of children under 13. One of the provisions required by COPPA is that any website or service geared towards children under 13, must get parental consent before collecting data on a child. And indeed Hello Barbie does require a parent to set up an account and consent to allowing the toy to record their child’s speech.

However, as the lawsuit contends, friends of the doll’s owner may also be recorded, despite their own parents not having consented to the collection of this personal data.

The debate on Hello Barbie has centered around this main privacy flaw. But does the toy, when used as intended, violate wiretapping laws?

To comply with COPPA, the makers of Hello Barbie must make the personal data collected from their child available for the parent to review. In this case, that data are the voice recordings. In essence, this toy allows a parent to eavesdrop on their child’s private conversations with the doll when they are not in the room. 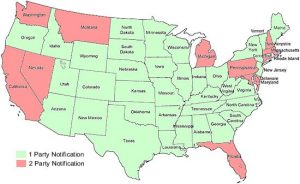 Looking to the law on recording children’s conversations, much of the legal precedence involves child custody or abuse cases, in which one parent surreptitiously records a phone conversation between their child and another adult (often the other parent). In most cases the courts have found that for one-party consent laws, the parent can vicariously consent on behalf of their child to the recording of the conversation. And in the case of two-party consent laws, the courts have ruled that the recordings, which would otherwise have been illegal according to state law, are permissible as evidence in court if the parent recorded the conversation in the child’s best interests.

However, if the parent uses the recordings from Hello Barbie as a way to listen in on their child’s conversations when the child believes they are alone, this seems to amount to wiretapping. That could still be acceptable if the recording is done in the child’s best interests, but that would be a tough case to argue under normal circumstances.

As more toys become WiFi enabled and capture data on children, we need to consider what is really in the best interests of the child and whether some toys simply do not belong on the market.

Dinger, Daniel R (2005). Should Parents Be Allowed to Record a Child’s Telephone Conversations When They Believe the Child Is in Danger?: An Examination of the Federal Wiretap Statute and the Doctrine of Vicarious Consent in the Context of a Criminal Prosecution. Seattle University Law Review, 28(4), 955-1027.