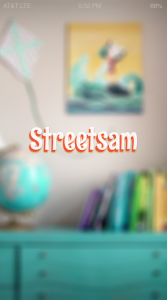 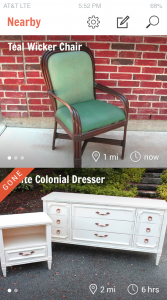 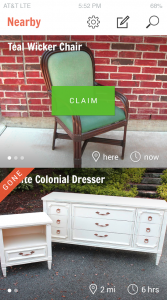 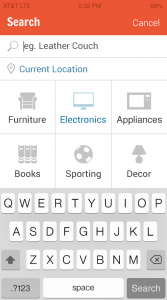 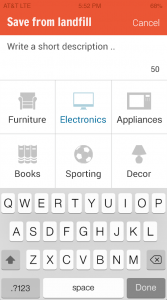 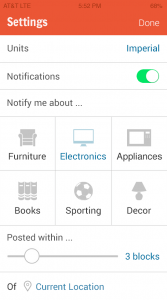 Note:  We will aim to recruit two people in each category. We are aware of that the characteristics of the three different user groups can overlap. People who are fond of collecting stuff, can also easily be some who in other situations wants to get rid of stuff because they see the strengths in recycling. Overall, we thus aim to recruit people that in one way or another believes in recycling. 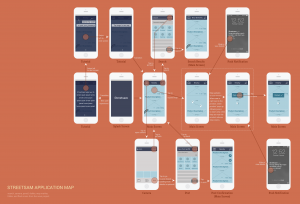 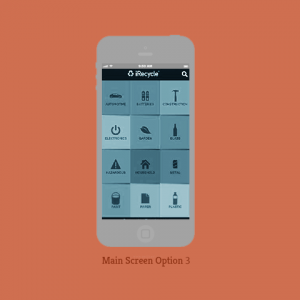 Jack, 27, independent artist, income depends on how often he gets a job playing, lives in Berkeley, is a collector and likes vintage – especially old electronics, likes using Snapchat because of privacy aspects

Jack is out walking when something in his pocket vibrates. He takes his smartphone out of his pocket and sees that there is a push notification from Streetsam. He opens the app, which tells him that someone just added an item in the “electronics” category, which he is particularly interested in. Jack presses the item and sees a picture of it with the text “SNES Super Nintendo.” He presses the map icon that leads him to a map showing him where the object is located. It is only two blocks from where he is. Jack rushes to the scene and finds the SNES he has long been dreaming of owning. A new piece of technology has just yet been added to his collection.

Larry, 31, student at the UC Berkeley ISchool, lives in Berkeley, a recycler and techie, spends a lot of time on the Internet, thinks the Internet is meant for sharing

Larry walks home from campus when he passes a teddy bear and an old TV on the street. He stops to notice that the things are placed on the curb. That is to say that they don’t belong to some. The things look used but are still in a very good condition. Larry doesn’t like when things go to waste but at the same time he doesn’t want a teddy bear and he doesn’t need a TV (old or otherwise).

He takes his iPhone, opens Streetsam and presses the camera function. He takes a picture of the teddy bear and the TV. Then he adds a brief description of the things and finds the address of the site using geolocation. Larry click “Post” and now the things are added to the app. He goes home happy and hoping that he has helped other people finding and recycling free stuff.

Anne, 60, retired, used to work for a non-profit organization, works as a volunteer in an animal shelter, lives in Berkeley, loves to knit and visits several flea markets a week

Anne’s husband has yet again told her to get rid off some of all their stuff. Due to her visits at the flea markets the house is full of old things. She is thinking about giving some of it to her children but then she remembers that last time she visited they told her very firmly not to bring more stuff. She is on her way out to the garbage area but then remembers the Streetsam app she just downloaded last week.

She brings the stuff to the curb instead, opens the app and presses the camera function to take pictures of the stuff she just placed on the street. She adds a description and wants to type in her street address but the app finds the address for her. She presses “post” and walks inside the house. Two hours later she sees two young girls looking at her stuff with a smartphone in their hand.