I found my thoughtless act in my TUI Kit. I have been using the styrofoam from the first lab for building diffusers to anchor my electronic components. As the pic indicates, I plug my leds, photocells and diodes into it to keep them organized and keep myself from rummaging through the entire box when I need them. I also packed away my resistors in a small ziploc to keep them from running loose inside the box which used to give me a hard time finding them. I use a hair tie to keep my Arduino wire manageable. I have separated my circuit building (colored) wires from the ground and power wires to save some time in pulling out wires.

I hadn’t put much thought into most of these acts except for separating the wires based on color and only realized the rest of them when I started looking around for thoughtless acts. Going through my own thoughtless acts and those of others (on the various resources like Flickr, IDEO website, Pinterest etc on the class website), I have realized the importance of noticing people’s thoughtless acts and using them as inspiration during the design process. Taking this thought forward, if I were a designer designing a TUI kit for myself I would have made the solution better by using a sectioned box wherein each section would be customized in size and shape for the component that it would hold. I would also include important information like resistor color coding on the lid for easy access. 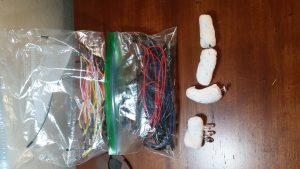 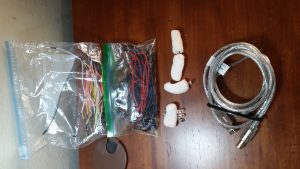 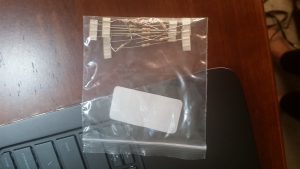