One of the objects that most surprised and delighted me was the program guide to an architectural/industrial design exhibition for Heatherwick Studio at the LA County Museum of Art a few years back. Normally, one goes to a museum or gallery show and grabs a program to hold while walking through the exhibit, only to return it to the docent at the end or toss it carelessly into the trash after returning home. As Blauvelt would call it, this is the “ritual of use.” The guides may reference artworks, may even include reproductions of the art on the walls, but they are just that—reproductions—that no one would confuse with the real thing (no cargo cult there, no one would be duped). A program guide is merely a functional artifact that assists a visitor in identifying and understanding the works of art, which appear on the walls or within the gallery.

But not from this show. When I returned home, I hung the gallery guide on my wall.

Of course, it wasn’t “art” per se, but the experience of obtaining the gallery guide lent it enough emotional heft that I held onto the guide, rolled it like a small poster and cushioned it in my purse on the way home, and later mounted it on my wall. It even traveled with me when I moved from LA to Berkeley.

A printed guide for an art show is an entirely everyday object, so why all the fuss? To begin with, obtaining the gallery guide required work. There was an industrial-sized dispenser, with rolls and rolls of uncut paper guides, which had to be unrolled by hand, with the help of the room-sized dispenser. The docent merely watched as visitors unrolled and trimmed their own guides: 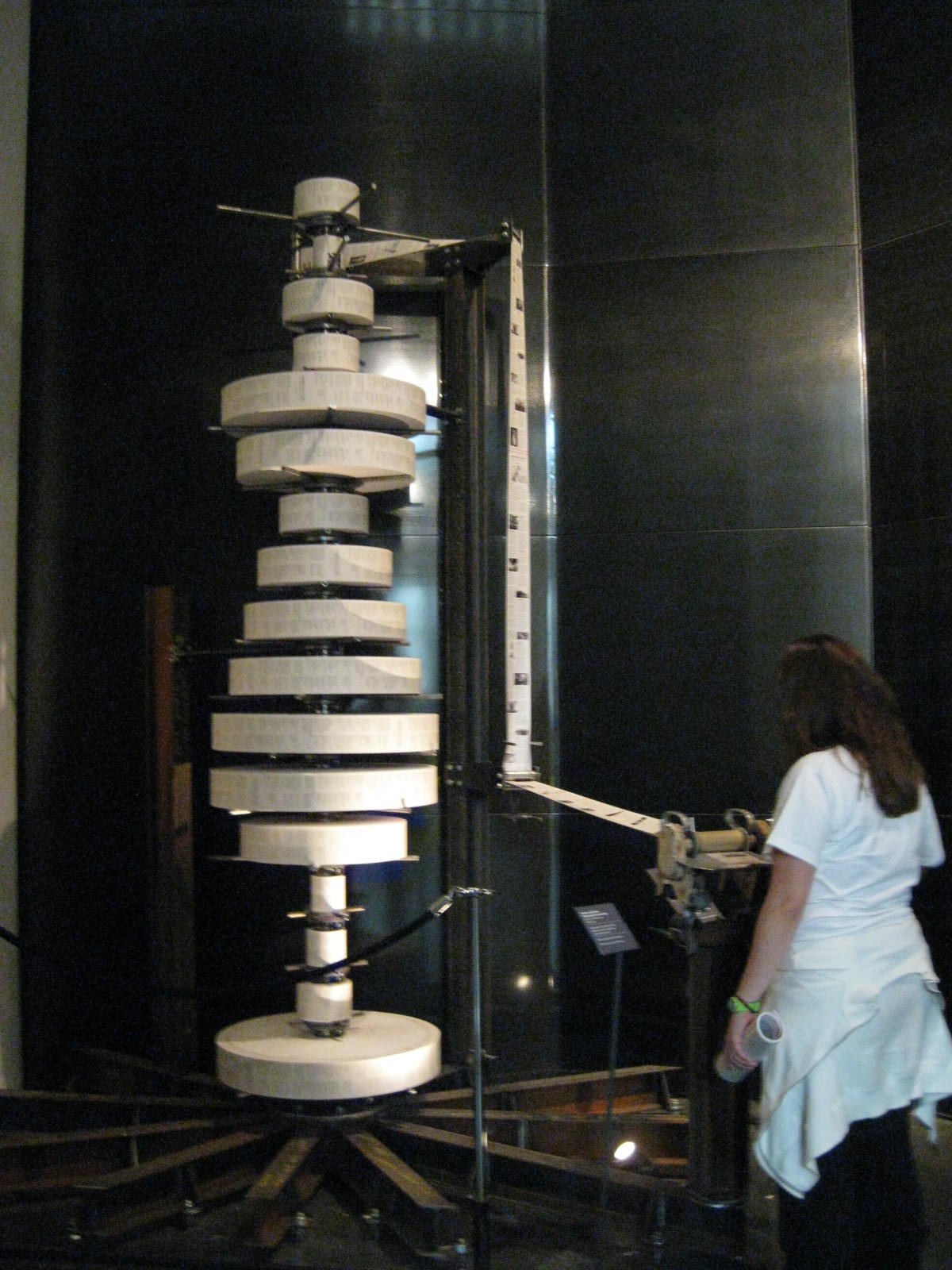 At the end of that process, you had your own personal gallery guide. It felt like it was meant entirely for you, because you had had ownership in the creation of that single artifact. On the front side of the guide was a summary of the works present in the exhibition. On the back side, a repeating graphic design of the inciting questions that led the studio to create the various works of art/design present in the exhibition. Thus, the guide included both the genesis and output, two ends of the spectrum. It elucidated all parts of the process. In this sense, it gave more meaning to each of the artifacts present in the show; I, as a visitor, had a small sense of ownership over each artifact, because I had an insight into the mental model of the creator. The questions were provocative, but they dealt with aspects of the everyday. Can mistakes in aluminum extrusion create public seating? Can a chair be made completely symmetrical? And so on. This gallery guide, while technically only a long piece of cardstock paper, completely overturned my conception of the limits of program guides and the opportunities for creativity in even the most mundane and quotidian items. Instead of becoming a piece of trash, the guide became a portable reminder of the exhibition, an artistic decoration, and a multifunctional piece of paper—both referential and provocative.

* The entire show was fabulous and I recommend you check out Heatherwick Studio’s work, especially two versions of seating: the Extrusion series and the Spun chairs. Two vastly different takes on public seating. Both are beautiful, functional, and amazing, and the studio has work ranging in scale from a handbag to a city park.