In 1996, McCullough argued that computers are “inherently a tool for the mind and not for the hands” (McCullough, 7). And, 20 years later, his theory doesn’t deviate far from the truth. While computer technologies have advanced substantially since his article was published, a majority of the work we do using computers still remains an intellectual task.

Currently, I’m in a position where I’m able to interact with new UIs, tools, and applications and I agree with McCullough’s prescient statement. Photoshop for example, is a tool that many graphic artists and designers use to bring their visions to life. However, using a product like Photoshop begins as and remains an intellectual endeavor. The only role hands play during the creation of digital art remains in the clicking and moving of the mouse.

Imagine creating a sphere or a cube using Photoshop. First, you need to create the basic shape. But then, you would need to figure out how to make a 2D object appear to have three dimensions. To do this, you would need to shade the image properly and create perspective using lines or curves to create the 3rd dimension. This entire process is an intellectual pursuit, relying solely on thinking through the problem.

However, if you were using clay to make a sphere, you would be able to feel corners or spikes in the clay and you would round them out by smoothing the edges with your thumb. You would also feel the cool temperature and the slippery personality of the clay and you would be able to feel the roundness and the weight of the shape. Furthermore, you would also be able to feel and guide the formation of the a sphere thereby creating an intimate connection with the piece. This experience of designing with clay or any other physical medium engages one’s senses and creates an emotional connection with the final product.

While digital tools may afford us various advantages like speed, efficiency, and the ability to make changes quickly, there is a sterility in the perfection of the final product. Perhaps the most ironic part about hand-made, tangible products is that their unique characteristics, the ones McCullough wants to preserve, are actually intangible qualities: a human’s touch and a human’s mastery of a skill. As McCullough said, “…hands bring us knowledge of the world. Hands feel. They probe. They practice. They give us sense, as in good common sense…” (McCullough, 1). 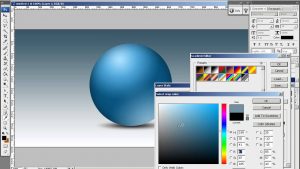 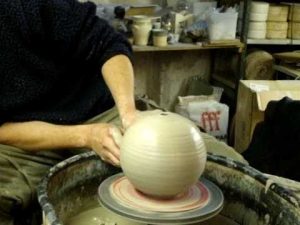