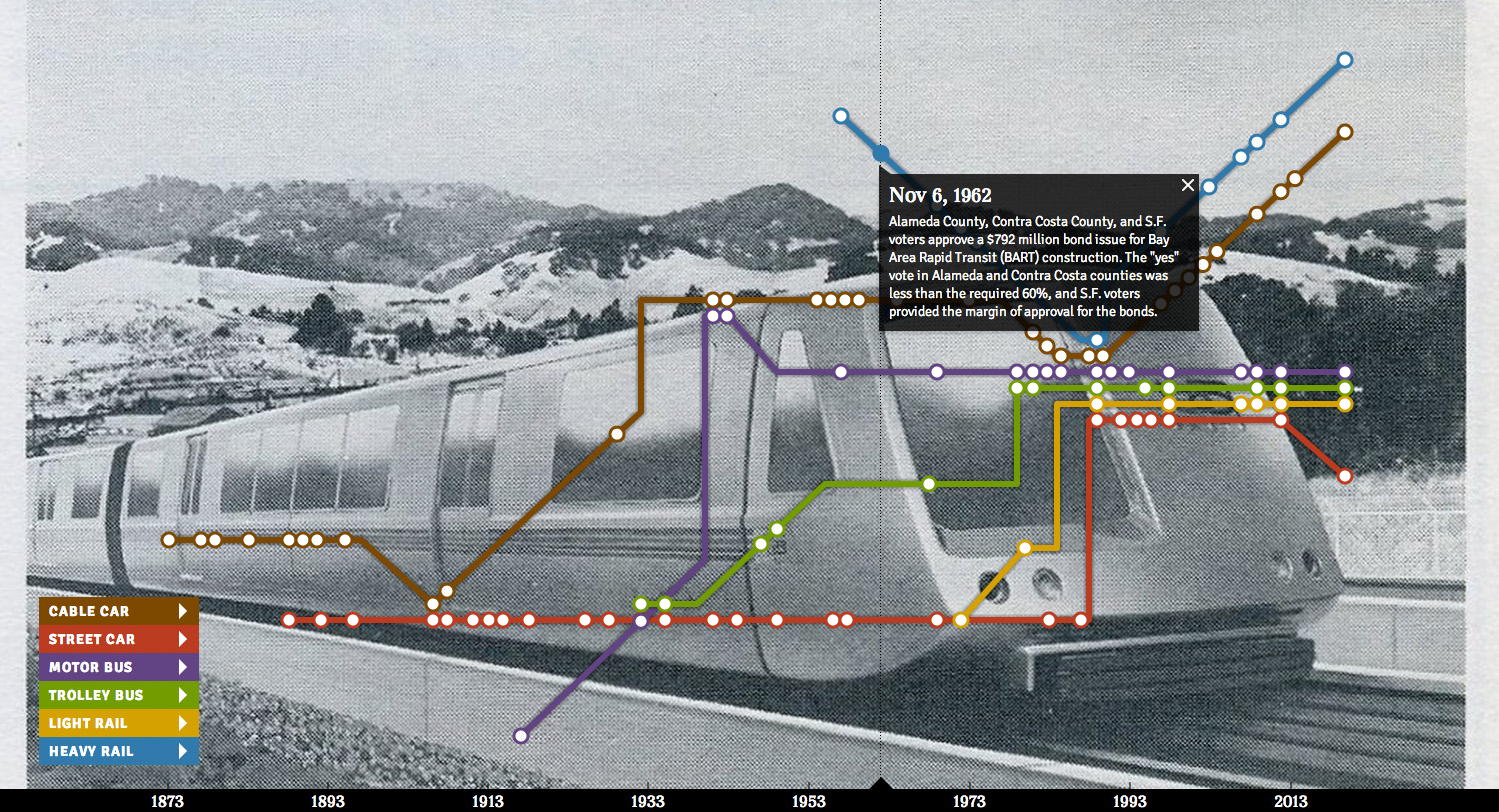 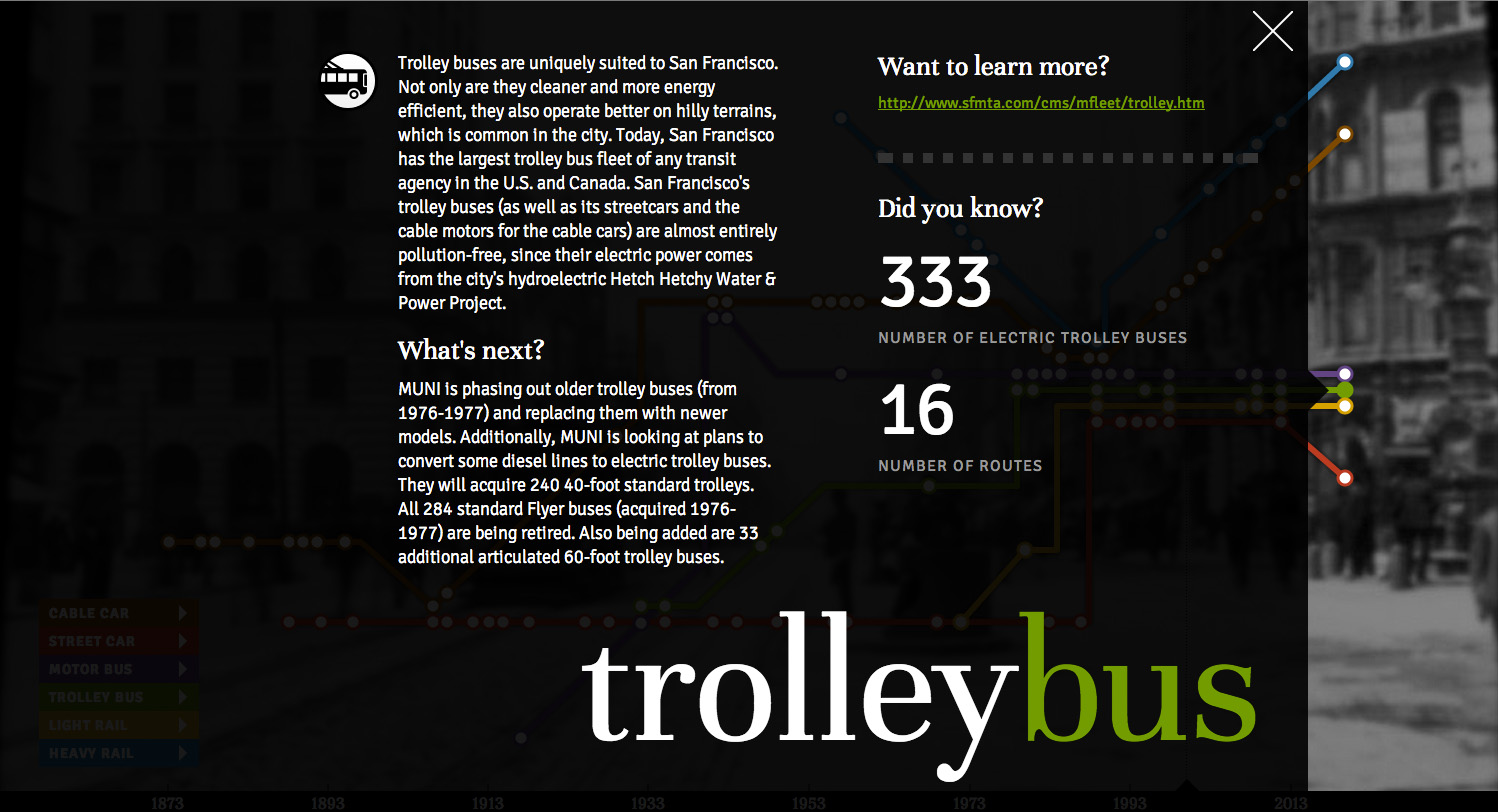 San Francisco’s iconic streetcars and cable cars help make the city one of the top tourist destinations in the world. As San Francisco Municipal Railway (MUNI) celebrated its 100th anniversary in 2012, we would like to take this opportunity to incorporate what we have learned from INFO 247 to explore the fascinating history of San Francisco transit.

In our design, we used a metaphor from actual transit maps (drawing examples from Ford’s London Tube map and Vignellie’s New York subway map). Each vehicle type is represented by a “route” and important events are plotted along the route accordingly, much like stations along a train line. In addition to text descriptions, historical events are illustrated with vivid photographs that complement our narrative. The user can also let the narrative unfold linearly (by using auto-play) or non-sequentially (by toggling particular vehicles/events). At the end of each “route”, the user will also see interesting statistics, current status, and future plans.

By combining stories, historic images, and eye-catching design, we hope that our visualization brings the charming history of San Francisco transit to life.