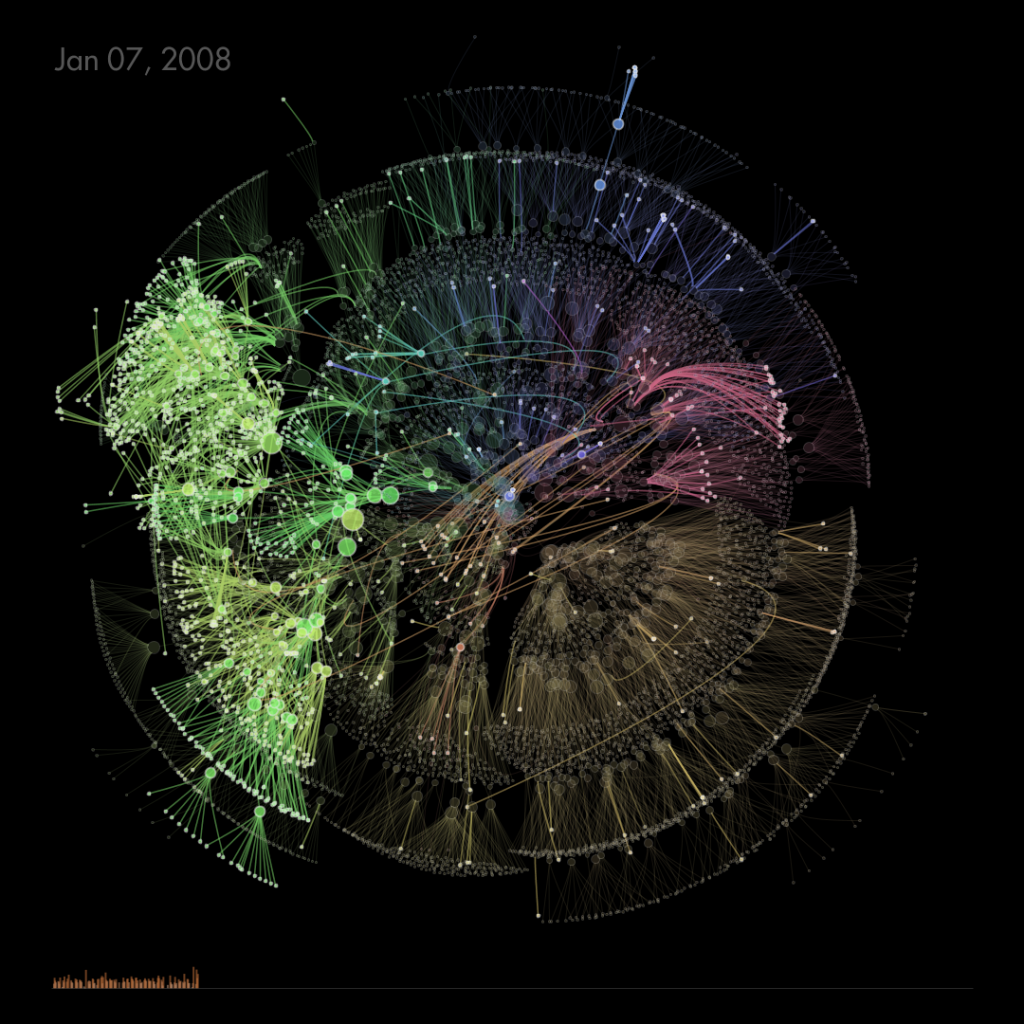 This is a visualization project shown by video from Autodesk Research. It visualizes the evolution of the company’s structure over time from May 2007 to June 2011 as a tree structure. It took a snapshot of the organization structure everyday, and every second in the video represented approximately one week of the time period. There are about 8000 employees shown in this graph. In the beginning of the video, it illustrates three types of interaction (connection) between every nodes and links. The link between the nodes means a hierarchy of manager and employee. An employee may join, leave the company, or change the manager.

It is astonishing to see how much a company changes over time. However, the color code confuses me. I thought it represented each independent department (tree) at first, but would make no sense if they all linked to the same CEO.

On the other hand, the project group seems to release only the video version of this visualization. It would be much more interesting if we can play with an interactive version, such as to pause at a particular timestamp, filter out some particular departments that have more than 1000 employees, or focus on a/several specific node(s) and see the changes. Nevertheless, to see the changes over time in a video seems to be a nice way to see the changing as a whole (maybe I’m just not the right audience).

2 Replies to “OrgOrgChart from Autodesk”